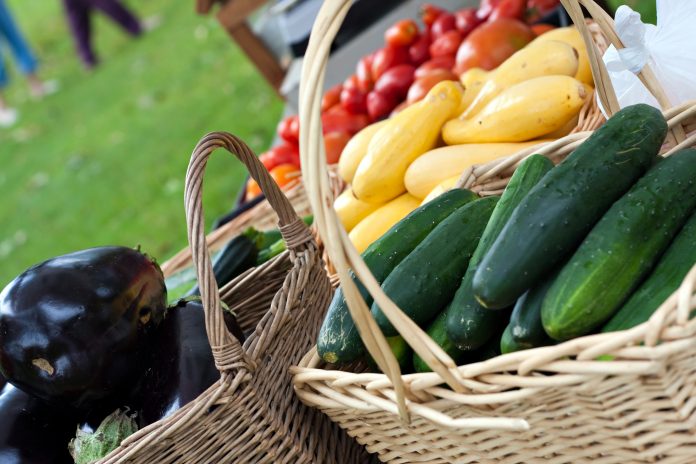 During a visit to Sauder’s Eggs, Agriculture Secretary Russell Redding announced a $10 million contract with Feeding Pennsylvania to acquire surplus agriculture products from Pennsylvania producers to be funneled through the charitable food system to put fresh, local foods into the hands of Pennsylvanians in need.

“If there’s anything worse than the waste of fresh, local food and the labor of love from Pennsylvania farmers, it’s the hunger that more than two million Pennsylvanians are facing every day as we fight COVID-19,” said Redding. “This is $10 million in relief for Pennsylvania farmers who have lost markets but have not swayed in their commitment to nourishing our commonwealth. It’s $10 million in fresh, local food to go on the plates of families who were unsure of where their next meal would come from.”

The department’s Pennsylvania Agricultural Surplus System (PASS) program helps to support Pennsylvania’s agriculture industry in all 67 counties and reduce waste of agricultural surplus by making connections between production agriculture and the non-profit sector.

In addition to the $1.5 million in state funds, the program has been awarded an additional $10 million – $5 million for dairy-only purchases and $5 million to split amongst a variety of products like fruit, vegetables, meat, and eggs – with funds from the state’s federal Coronavirus Aid, Relief, and Economic Security (CARES) Act allocation. These funds will be used over the course of the next four months to purchase excess product from Pennsylvania farmers and distribute them to all 67 counties through 13 partners that are members of the Feeding Pennsylvania and Hunger-Free Pennsylvania networks of food banks.

“Feeding Pennsylvania is proud to administer the CARES Act Funding under the PASS program,” said Jane Clements-Smith, executive director of Feeding Pennsylvania. “On behalf of the charitable food network, we would like to express our sincere gratitude to the Wolf Administration and General Assembly for making this critical investment that will support Pennsylvania agriculture while providing fresh and nutritious food to families facing hunger. COVID-19 has led to a significant increase in food insecurity across Pennsylvania, and our food banks continue to work diligently to ensure that no one in Pennsylvania is denied access to food.”

To better serve Pennsylvania’s agriculture industry, Feeding Pennsylvania is working to establish an Ag Advisory Council to provide insight to the challenges faced by farmers throughout the COVID-19 pandemic and how food banks can more effectively partner with farmers and processors.

Since the PASS program was first funded by Governor Tom Wolf in April 2016, more than 12 million pounds of food have been distributed through the statewide network of charitable food providers to all 67 counties. Sixty different Pennsylvania-produced foods have been sourced from 137 farmers, processors, and growers across the state. The foods include fresh fruits and vegetables, milk, cheese and other items that are often difficult for food pantries to obtain.

According to Feeding America’s annual Map the Meal Gap report, in 2018, more than 1.4 million Pennsylvanians – 10.9 percent of all residents in the state – didn’t always know where their next meal was coming from. In 2020, as a result of the coronavirus pandemic, Feeding America estimate the number of Pennsylvanians facing food insecurity will grow to 15.9 percent – an increase of 45.2 percent in just two years.