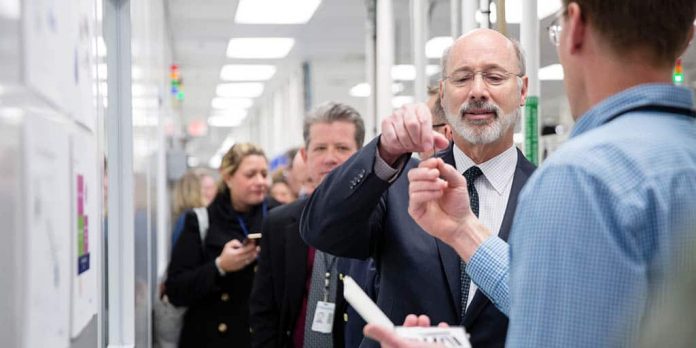 “Realizing 100,000 patient certifications and seeing the first Phase II grower and processor operationalized is a testament to the hard work of the Department of Health, the many advocates for this program, and our General Assembly who passed this legislation nearly three years ago,” Governor Tom Wolf said. “It’s progress that is making a difference in the lives of many Pennsylvanians.”

“Medical marijuana is an important tool for patients and physicians to treat one of the 21 approved serious medical conditions in the program,” Secretary of Health Dr. Rachel Levine said. “It’s important for patients to remember that their certification expires, and they have to visit an approved doctor to renew it. While many certifications are for 12 months, some may be for three, six or nine months, so it is important to talk with your doctor to set up your recertification appointment.”

The medical marijuana program was signed into law by Governor Tom Wolf on April 17, 2016. Since that time, the department has:

• Completed temporary regulations to enact the program;
• Convened the Medical Marijuana Advisory Board;
• Approved six training providers for physician continuing education;
• Approved four laboratories to test this medication before it is delivered to patients;
• Registered more than 131,000 patients and issued more than 100,000 patient certifications;
• Validated more than 780,000 dispensing events and more than 2,200,000 products sold;
• Issued 25 grower/processors permits, 13 of which are operational;
• Issued 50 dispensary permits and approved 46 locations to begin operations; and
• Certified eight medical schools as Academic Clinical Research Centers.

The medical marijuana program offers medical marijuana to patients who are residents of Pennsylvania and under an approved practitioner’s care for the treatment of a serious medical condition as defined by the Medical Marijuana Law.

So who is @KamalaHarris's VP gonna be?