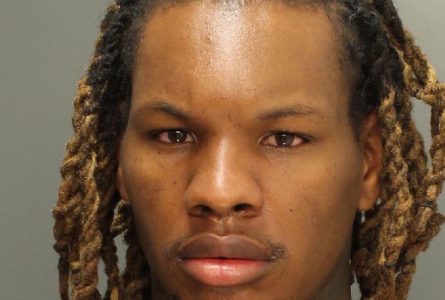 Attorney General Josh Shapiro announced that Talib Crump, 26, of Philadelphia, is being charged after a search warrant at the defendant’s home lead agents to 30 additional sticks of M-1000 homemade dynamite. The defendant claimed to use dynamite to blow up a Philadelphia ATM. He is being charged with an additional 30 counts of weapons of mass destruction, 1 count of risking a catastrophe, 30 counts of possessing instruments of a crime, 30 counts of prohibited offensive weapons, 5 counts of reckless endangerment, and other related charges.

Initially, Crump was arrested June 2 when OAG agents recovered 12 sticks of dynamite. The defendant was charged with multiple counts of possession of weapons of mass destruction, risking a catastrophe, and related charges. OAG agents intercepted an advertisement from the defendant selling homemade dynamite on Instagram. Crump communicated with undercover OAG agents and claimed that dynamite was the most effective way to destroy an ATM; he also provided the agents instructions on how to properly place the explosives and quickly blow up the machines.

“Talib Crump used the civil unrest happening in Philadelphia and throughout the Commonwealth as a cynical opportunity to make a profit. I will not stand for anyone hijacking a righteous movement for personal gain,” said Attorney General Shapiro. “The explosives found at the defendant’s residence could have caused severe damage and terrorized neighborhoods. I commend our agents, and our partners the ATF and Philadelphia Police Department, for getting this dangerous dynamite off of our streets.”

Today’s charges stem from a search warrant executed at Crump’s residence on Leiper Street. Crump lived in a 5-unit apartment building that included families with young children. When agents served the warrant the building had to be evacuated because of the explosive material.

On June 3, 2020, Office of Attorney General agents, Philadelphia Police and the ATF searched Crump’s residence at Leiper Street in Philadelphia. Agents found dozens of dangerous and illegal items in his home, including 30 M-1000 quarter dynamite sticks, and two 30 round extended magazines loaded with 60 live rounds of 9mm ammo.

During the search, the ATF confirmed that the M-1000 explosives recovered from the house matched what Crump was advertising on Instagram before his initial arrest. The M-1000 dynamite qualifies as a weapon of mass destruction and is capable of causing serious bodily injury, death, and significant property damage.

Study: Women who Deliver by C-section less likely to have more Children

Extremist Republicans tried to make PA one of those states.

Again:
Trump lied about “99% harmless” and he and the Republicans are still trying to take away health insurance when doctors are still learning what could happen to survivors.

Even though PA'ians are protected against evictions/foreclosures until Aug. 31, you may still need some help. #PA211 can help guide you through housing assistance resources in your area.

This is the Left’s mindset. And the media lets them get away with it.