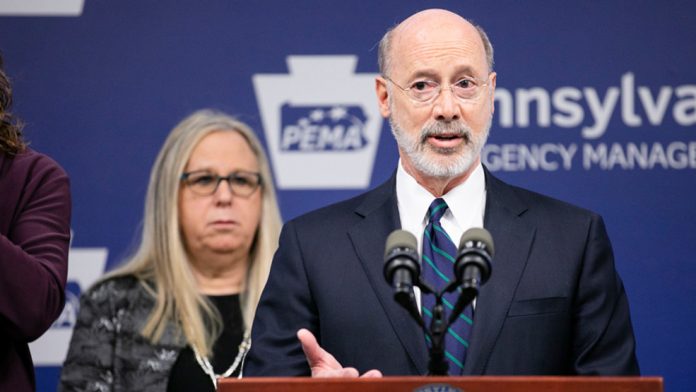 A Westmoreland County man accused of making a threatening phone call to Governor Wolf’s family business has been arrested.

On May 8, 2020, State Police received a report from Wolf K&B that a customers service representative with the company got a threatening phone call from an unidentified male suspect.

State Police in York said the phone number that made the threatening call belonged to 28-year-old Rocco Naples of Pleasant Unity, PA.

The York County Dispatch reported that Naples targeted Wolf’s former business out of anger over the statewide business shut down.

Citing charging documents, the Dispatch reported that the customer service representative Naples spoke shared the contents of the call with a supervisor by email: “Customer called in stating he was angry about Governor Wolf closing their companies but keeping his open, he said that him and a couple of his buddies have a bullet waiting for (Wolf) if he keeps them closed.”

Naples was arrested at his home.  He faces charges including terroristic threats, harassment by communication and improper influence in official political matters.