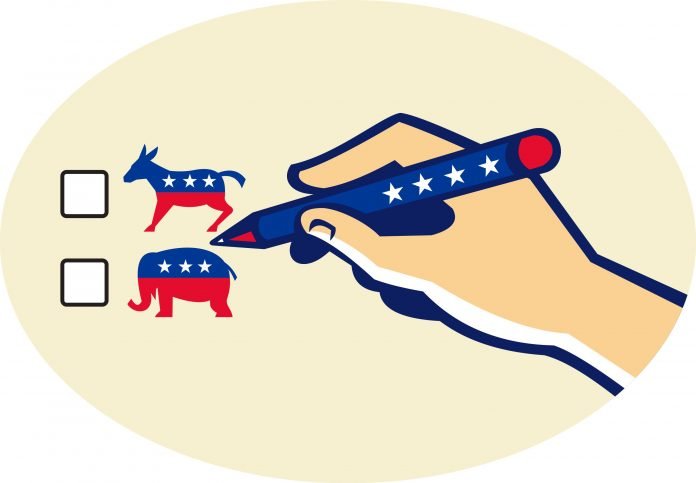 “We are very pleased to report that the election was carried out statewide with little incident. That’s especially impressive given that 45 counties were using new voting systems today,” Secretary Boockvar said. “Thanks to hard-working county election officials, well-trained poll workers and well-informed voters, the majority of the state saw only isolated issues.”

The election response team assembled at the Pennsylvania Emergency Management Agency (PEMA) responded to and monitored 29 issues throughout the day. The issues ranged from reports of a gas leak in one precinct to power outages at several polling places. County election officials worked with local authorities to resolve the issues, and voters still cast their ballots in those locations.

In York County, several precincts experienced problems primarily related to ballots being printed on incorrect paper stock size, causing scanner feed problems. Poll workers isolated those ballots, which will be counted by hand tonight. Once the problem was identified, new ballots were printed on the correct size paper. The department will follow up with York County election officials, as well as the voting system manufacturer and the printing company, to prevent future occurrences.

Based on anecdotal reports from county election officials, turnout was better than expected for a municipal election, Boockvar noted. The Department of State will have an unofficial estimate of turnout in a few days.

By the time polls closed at 8 p.m., Department of State staff and volunteers from other state agencies had answered about 1,200 calls received via the commonwealth’s voter help line (1-877-VOTESPA). Most callers asked if they were registered or for help in locating their polling place.

This was the second time that the Pennsylvania Inter-Agency Election Preparedness and Security Workgroup and other security partners monitored the election from PEMA headquarters. PEMA’s state-of-the-art facilities and technology-enhanced communication, collaboration and preparedness among the commonwealth’s federal, state and local election security partners.

Boockvar noted that Pennsylvania has 9,145 polling places. She thanked the tens of thousands of poll workers who assisted with the election.

“Poll workers play a critical role in our democracy. They interact directly with voters as they administer fair and reliable elections. In addition, today, in most Pennsylvania counties, poll workers helped voters learn how to use new voting machines, Boockvar said. “As a former poll worker, I know they work long hours and have a strong sense of civic responsibility. We are grateful for their service.”

For unofficial election results, visit the Department of State election night returns website at electionreturns.pa.gov. The site provides statewide totals as well as county-by-county breakdowns of each race.