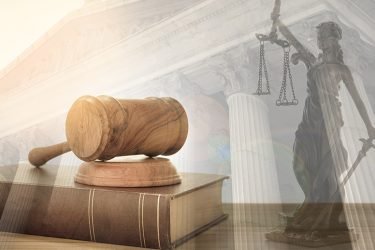 Attorney General Josh Shapiro announced that the Pennsylvania Office of Attorney General is formally charging Cabot Oil and Gas, an unconventional gas, or “fracking,” company, for environmental crimes that occurred in northeastern Pennsylvania. The charges come as part of a two-year Grand Jury investigation into environmental crimes committed by unconventional oil and gas companies across the Commonwealth.

“Pennsylvanians understand the careful balance that a strong natural resource economy requires — and companies who put their own profit above our laws, our health, and our constitutional right to clean and pure water will be held accountable,” said Attorney General Shapiro in a video release. “Fracking companies come from all over the nation, backed by big investors and big influence, and too often act like they’re above the law with no care for the worker on the job site, the farmer next door, or the child impacted by their drilling. We’re here to hold these companies accountable, and make sure no matter how powerful or well-connected, the law applies equally in our Commonwealth.”

The Grand Jury’s investigation into the contamination of well water in Dimock, Susquehanna County, revealed that Cabot’s fracking activities were responsible for methane pollution in the local water supply. This contamination led to several Dimock residents suffering from the environmental hazards associated with repeated methane exposure, including Norma Fiorentino’s drinking water well exploding in January 2009.

The Grand Jury heard testimony from several residents, one of whom was a former Cabot employee. This individual had several Cabot gas wells on their property.  The former employee trusted that their former employer had told them the truth about the possibility of water contamination. However, after several neighbors noticed that their water was cloudy and full of black specks, the former employee tested their own water supply: when they held up a match to a jug of the water that they used to bathe and drink, it caught fire.

Another resident whose testimony was heard by the Grand Jury said that when Cabot came to town, employees had told them that Cabot could drill wells on their property without the resident’s agreement.  The resident recounted that after agreeing to have gas wells installed on their property, they began experiencing similar issues with their water. The resident testified that the family had to stop drinking their methane-contaminated water. In order to supply the home with this necessity, the resident began making a regular 14-mile round trip to pick up drinking water.

“The Grand Jury presentments prove that Cabot took shortcuts that broke the law, and damaged our environment — harming our water supply and public health,” concluded Attorney General Shapiro. “They put their bottom line ahead of the health and safety of Pennsylvanians. The Grand Jury repeatedly found evidence of a company that placed profit over our laws. If it’s against the law, and it hurts Pennsylvanians, we’re here to stop it — no matter how powerful or well-connected you are,” said AG Shapiro.

“We are in the first stages of a long process to hold the well-connected accountable and meet the promise of our constitution to protect our environment for generations to come.

We must protect Pennsylvanians, it is what we are dedicated to every day. This work will not stop. Our waters, air, and resources will be protected for this generation and the next to come.”

Study: Women who Deliver by C-section less likely to have more Children

Extremist Republicans tried to make PA one of those states.

Again:
Trump lied about “99% harmless” and he and the Republicans are still trying to take away health insurance when doctors are still learning what could happen to survivors.

Even though PA'ians are protected against evictions/foreclosures until Aug. 31, you may still need some help. #PA211 can help guide you through housing assistance resources in your area.

This is the Left’s mindset. And the media lets them get away with it.