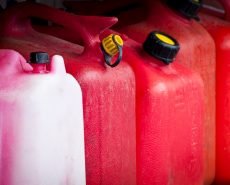 Attorney General Shapiro announced the arrest of three individuals  who used fake credit cards to steal $20,000 in diesel fuel from Wawa convenience stores in Southeastern PA.
Juan Zeledon-Urena, 42, Philadelphia; Jose Varela-Mata, 35, Philadelphia; and Paulo Pena, 43, Bround Book, NJ, stole 7,000 gallons of diesel fuel from August 2019 to November 2019. The fraudulent credit cards were made with the personal information of 44 people.
“These defendants stole dozens of innocent consumers’ identities and drove off with thousands of gallons of diesel fuel,” Attorney General Shapiro said. “Thanks to physical and video surveillance, and Wawa’s cooperation, we were able to arrest these individuals and put an end to this scheme.”
After Zeledon-Urena, Varela-Mata, and Pena stole the fuel, they then transported it in bladders in the bed of pick-up trucks and then sold the diesel to third parties.
Each defendant is charged with Corrupt Organizations, Identity Theft, Theft By Unlawful Taking, Receiving Stolen Property, and Access Device Fraud, all felonies. The Access Device Fraud charge against Pena is a misdemeanor. Arrest warrants for the three were issued in Delaware County for thefts occurring at Wawas in Bucks, Delaware, Montgomery, and Philadelphia counties.

The big winner this election, regardless of party... the TV stations... does anyone remember this bulk of commercials? And if you listen to them, we have nothing but crooks and scofflaws running for office.