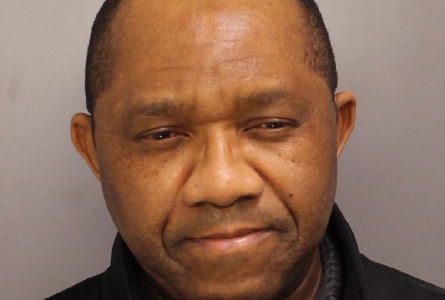 A pill mill scheme operated by two suburban Philadelphia doctors that generated 85,000 tablets of oxycodone with a street value of $2 million ended today when Attorney General Josh Shapiro charged them and two others with multiple crimes, including violations of the Controlled Substance, Drug, Device and Cosmetic Act; corrupt organizations; Medicaid fraud; and identity theft.

“Stopping this group from peddling the prescriptions at the core of Pennsylvania’s opioid epidemic means we won a battle,” Attorney General Shapiro said today during a press conference at his Philadelphia Office. “But the fight to stop this crisis continues, and we will find and stop other bad actors who choose to peddle sickness instead of health, and pocket illegal profits at the cost of peoples’ lives.”

Some of Smith’s tenants told the Grand Jury their apartments were burglarized and their identification, Medicaid cards and other personal information stolen. The tenants who spoke said they never received the medications Okolo and Fallouh prescribed in their names. Many victims said they didn’t use the pharmacies involved in the scheme, and the filled prescriptions were turned over to Smith.

According to Pennsylvania’s Prescription Drug Monitoring Program, Dr. Okolo wrote 586 Oxycodone prescriptions between January 2015 and September 2017 for 114 individuals who lived in three properties Smith owned in the 3500 block of North 18th Street in Philadelphia, including:

Dr. Fallouh wrote 423 Oxycodone prescriptions for 71 individuals who lived in the same 18th Street properties, including:

When tenant TC-1 confronted Smith about not receiving the Oxycodone Okolo prescribed, she told investigators the landlord threatened to kick her and her family out of their apartment “if she didn’t keep quiet.”

“These doctors prescribed tens of thousands of Oxycodone pills without a medically legitimate purpose,” Shapiro said. “They stole personal identification and used it to run their illegal pill mill at taxpayer expense.”

Okolo, Fallouh, Smith and Hunter will be charged with corrupt organizations, two separate violations of the Controlled Substance, Drug, Device and Cosmetic Act (prescribing outside the good faith practice of medicine and delivery of a controlled substance), Medicaid fraud, criminal conspiracy, and other charges.

16 More PA Counties to go Green, All Counties in Red to go Yellow...