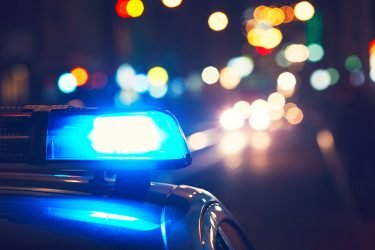 The Office of Attorney General has shut down another large drug trafficking operation in Kensington, the OAG’s sixth since launching the Kensington Initiative. The months-long investigation, conducted by the Kensington Initiative, resulted in the arrests of eight individuals, including the organization’s ringleader and two high-level dealers. Agents also seized seven firearms, including a ghost gun and a semi-automatic shotgun, more than 8,000 doses of heroin/fentanyl, and $30,000 in cash.

Launched in 2018, the Kensington Initiative is a unique partnership between local, state, and federal law enforcement to target major criminal drug organizations in the Kensington neighborhood of Philadelphia.

“As part of our ongoing Kensington Initiative, we are committed to doing our part to protect communities and families that call Philadelphia home. That means holding accountable the individuals directly responsible for pumping poison and committing violence in our neighborhoods,” said Attorney General Shapiro. “My office is committed to this goal, and we are not leaving any block behind. We’re also grateful to our partners in law enforcement for their support in this difficult and often dangerous work, and to the city’s managing director’s office for beginning to restore and recover these communities that have been ravaged by violence. This work is important — it saves lives, it saves families and it protects neighborhoods.”

The City of Philadelphia’s Opioid Response Unit initiated its immediate community response, which involves targeted community engagement and survey of the enforcement area, in order to determine the urgent needs of the residents in this area and offer connection to immediate city services such as housing assistance, employment, food access and treatment and vacant lot remediation.

Eight individuals were arrested on June 3, including the operation’s ringleader Chris Beauford, along with Joseph Stanton Sr., Joseph Stanton Jr., Rasun Owens, Christina Calhoun, Erik Severino, Coraliz Bizaldi, and Kareem Briggs. They have each received charges, including: Corrupt Organizations, Dealing in Illegal Proceeds, Possession with Intent to Deliver, Conspiracy, Knowing and Intentional Possession of Narcotics, Criminal Use of a Communications Facility, and Possessing Instruments of Crime.