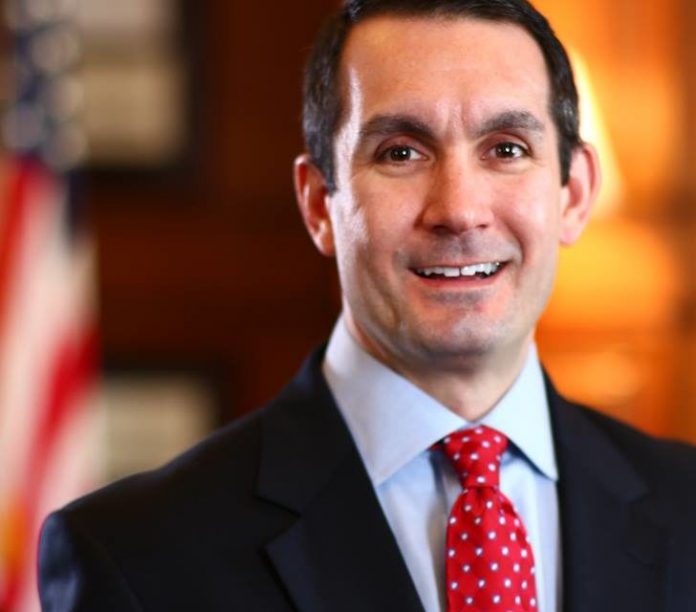 “Beyond creating a more equitable approach to enforcing our laws, enacting criminal justice reforms can produce big savings for Pennsylvania taxpayers,” DePasquale said. “We also need to make sure to invest in efforts to give inmates the ability to successfully reenter society and avoid returning to prison.”

The incarceration rate in the United States is the world’s highest, with approximately 700 out of every 100,000 residents behind bars. Pennsylvania’s rate is even higher, at roughly 725 per 100,000 people.

The state Department of Corrections spent $2.6 billion in the 2018-19 fiscal year to incarcerate approximately 46,000 people. Roughly $101 million of that total is spent every year to incarcerate people who have committed no new crimes but have instead technically violated their probation or parole by, for example, missing curfew.

DePasquale noted that Pennsylvania has made progress, including through a Clean Slate law signed by Gov. Tom Wolf that removes some types of criminal records from public databases. The law’s goal is to make it easier for people convicted of nonviolent crimes that occurred more than 10 years ago to move past the stigma of having a criminal record.

He also pointed to the success and $543 million estimated cost savings of Pennsylvania’s first Justice Reinvestment Initiative, enacted in 2012 under former Gov. Tom Corbett. The state’s prison population and crime rate have fallen steadily since then, showing that it’s possible to incarcerate fewer people while protecting public safety.

“It took some time, but people on both sides of the aisle finally realized that the ‘lock-‘em-up, throw away the key’ approach to sentencing that began in the 1990s ultimately caused more problems than it solved,” DePasquale said. “It’s time for Pennsylvania to build on what we’ve learned and continue our progress.”

DePasquale noted that his team solicited input from more than two dozen national, state, county and local experts and stakeholders, and heard the following concerns:

Indigent defense funding: Pennsylvania remains the only state that does not provide funding for the defense of indigent defendants, instead pushing that cost onto counties. This system is overly burdensome to poorer, more rural counties, which tend to incarcerate higher percentages of their populations.

Cash bail: Judges frequently require defendants to post cash bail, which results in low-income defendants being incarcerated prior to trial and driving additional costs to taxpayers.

Diversionary & treatment courts: Defendants struggling with addiction may benefit from being diverted to treatment rather than jail, which can produce a lasting benefit to both the individual and society while saving taxpayers millions of dollars.

Physical and mental health care: Pennsylvania spends less per inmate on health care than the national average. Shortages of mental health services throughout Pennsylvania exacerbate the problems in both state prisons and county jails, which rely largely on contractors to provide these services.

Education/workforce training: Data shows that every $1 spent on education in prison saves taxpayers $5 in related incarceration costs. In addition, Pennsylvania should remove barriers to post-prison employment to ensure inmates that receive job training can use it after their release.

Probation and parole: Currently, supervised release remains one of the biggest contributors to mass incarceration in Pennsylvania, as opposed to being a means of helping former offenders reenter society and thrive.

“Clearly there’s room for more reform work to be done at all levels of the criminal justice system,” DePasquale said. “We can treat people more equitably while saving taxpayers millions of dollars – something that is not only possible, but also necessary.”

Review the “Criminal Justice Reforms to Improve Lives and Save Money” report and learn more about the Department of the Auditor General online at www.PaAuditor.gov.

Last week I was pleased to introduce Noah Mcgovern during Senate Session in Harrisburg. Noah is serving as an intern in my office this summer & has become a great addition to our team. https://www.facebook.com/watch/?v=914839655659903

The #PASenate voted to allow pharmacists to provide prescription drug cost information to consumers, including the individual’s share of costs, and prohibit pharmacy benefits managers from penalizing pharmacies for selling a more affordable alternative.
https://www.legis.state.pa.us/cfdocs/billInfo/billInfo.cfm?sYear=2019&sInd=0&body=H&type=B&bn=0943

We will be hosting Racial Equity Solutions Tour stops around Pennsylvania throughout the summer.

We want to hear from YOU.

✋🏾 What have YOU experienced?

✋ What problems do YOU face?

✋🏼 What solutions would help YOU?