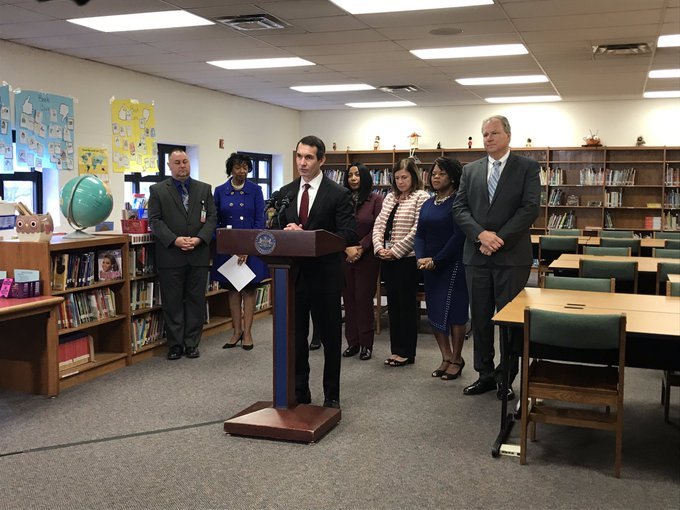 Auditor General Eugene DePasquale provided another update of his real-time audit of the Harrisburg School District’s financial recovery and applauded the district’s efforts to improve transparency to taxpayers.

“The district has shown a real commitment to transparency and fiscal responsibility,” DePasquale said. “These are key components of returning the district to solid financial footing.”

Shortly before the Dauphin County district was placed into receivership by the state Department of Education, DePasquale announced his department would perform a real-time audit of the district.

In his latest report, DePasquale noted that his audit team found several instances of the district failing to comply with Pennsylvania’s Sunshine Act, which governs public meetings. However, it was clear that these few isolated instances were unintentional and likely the result of recent staff turnover.

“For example, my team observed that the school district failed to publish in a local newspaper notices for school board meetings held in July, August and September,” DePasquale said. “As soon as the district realized the error, it published a list of upcoming meetings for the rest of the school year.”

DePasquale said auditors noted other Sunshine Act compliance issues, which the district agreed to address. District officials also underwent training on how to comply with the law.

DePasquale said his recommendations are designed to help the district’s receiver, Dr. Janet Samuels, and her management team as they focus on improving the district while restoring financial stability. The team includes members of the Montgomery County Intermediate Unit No. 23, which also helped to turn around the Reading School District by implementing many of DePasquale’s audit recommendations.

DePasquale also commented on a recent legislative proposal, House Bill 1800, which would single out the Harrisburg School District for an experimental program that local officials have warned would ultimately cost the struggling district millions of dollars and hamper its recovery.

“If a patient is suffering from a loss of blood, you don’t make the bleeding worse and hope for the best,” DePasquale said. “This bill would bleed out the Harrisburg School District and its taxpayers, and could ultimately lead to the district’s collapse. It’s simply not in the best interest of the district or its students.”

To learn more about the Department of the Auditor General, visit www.PaAuditor.gov.