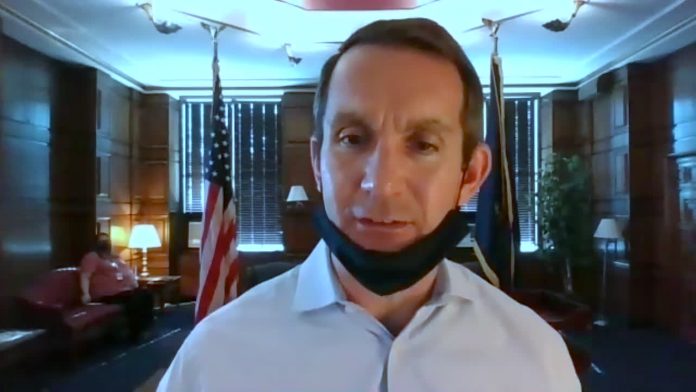 “Children should be permitted to testify by video for their own safety and mental health,” DePasquale said. “Allowing abusers to directly confront emotionally fragile children in a closed hearing room is a cruel practice that should have ended decades ago.”

DePasquale released a special report examining the workings of the Bureau of Hearings and Appeals (BHA), an administrative entity within the Pennsylvania Department of Human Services. It makes decisions about hundreds of issues such as adoption subsidy denial appeals, elder abuse appeals and child abuse appeals.

“The bureau may seem like an obscure entity, but it wields immense power over the lives of Pennsylvanians,” DePasquale said. “One of the most vital tasks it handles is the appeals of individuals who have been deemed by county children and youth agencies to have abused a child.”

About one-third of those deemed abusers — approximately 1,900 people — appeal their cases each year. Statistics show that BHA judges side with accused abusers more often than with county children and youth agencies; in 2019, the judges sided with accused abusers about 90 percent of the time. People who lose, or never appeal, are listed for life on the state’s ChildLine and Abuse Registry, which is searched during background checks for certain types of jobs and volunteer work.

“During the appeal hearing process, some children are forced to sit face-to-face with their accused abuser and recount the abuse they suffered,” DePasquale said. “This terrifying experience puts children at risk of being retraumatized, which can have lifelong consequences.”

DePasquale’s report notes that the American Bar Association (ABA) recommends that children should not have to sit in a room and, in front of their abuser, recount the abuse they endured. In fact, the ABA has recommended since July 1985 that law enforcement, social services and prosecutors work together to ensure a victim is interviewed as few times as possible — preferably only once — to prevent retraumatization.

The report adds that the American Academy of Pediatrics (AAP) recommends that courts “do whatever is necessary, within the framework of existing state laws and resources, to prevent psychological harm to the child victim/witness as a result of participating in the judicial process.”

In 2003, Pennsylvania voters approved an amendment to the state Constitution that allows children to testify via video.

“I think our experience with remote learning during the pandemic has proven that children really don’t have to be present in the hearing room and might be safer elsewhere,” DePasquale said.

"The mob was fed lies," Sen. Majority Leader Mitch McConnell says. "They were provoked by the president and other powerful people. And they tried to use fear and violence to stop a specific proceeding of the first branch of the federal government, which they did not like."

If you missed the inauguration of new @PATreasurer Stacy Garrity, it's airing on @pcntv right now - and also again at 8:30 p.m. tonight.

Hall of Good. Not fame.