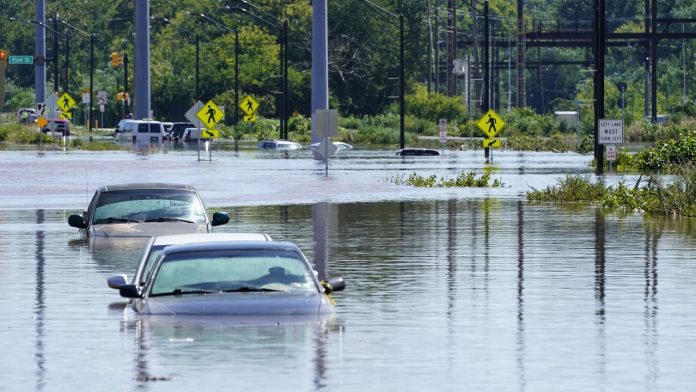 In the market for a used vehicle?  Buyer beware.  In the wake of Hurricane Ida and other intense storms across the United States, consumers need to be on alert for flooded vehicles resurfacing on the used car market. CARFAX data suggests widespread flooding from Hurricane Ida potentially damaged as many as 212,000 vehicles. Pennsylvania ranks number 4 with the most damaged vehicles at 19,000.

“Our data suggests that unsuspecting buyers everywhere are at risk of winding up with a previously flooded car,” said Chris Basso, CARFAX spokesperson. “The real danger is that these cars may look fine and run well for a while, but sooner rather than later major problems are likely to occur. Flooded cars literally rot from the inside out and the damage is often difficult for untrained eyes to detect. Together with our dealers, CARFAX is making the necessary resources available to help ensure consumers avoid unknowingly buying one of these waterlogged wrecks.”

Flood-damaged vehicles are in use in every state, but CARFAX data shows these 10 states have the most:

Here are seven telltale signs of a flooded car:

Last week, PHCA President and CEO @zashamberg testified at a @PAGOPPolicy hearing on the health care workforce crisis. Zach shared ways for the general assembly to help address the crisis. One of those solutions is to support the request of DOH #ARPA funds for LTC worker bonuses. https://twitter.com/PHCA_Cares/status/1467945545822048264

Is anyone really, actually, TRULY confused on how money got into Joel Osteen's walls? (CashApp me $5 and I'll show you the way.)