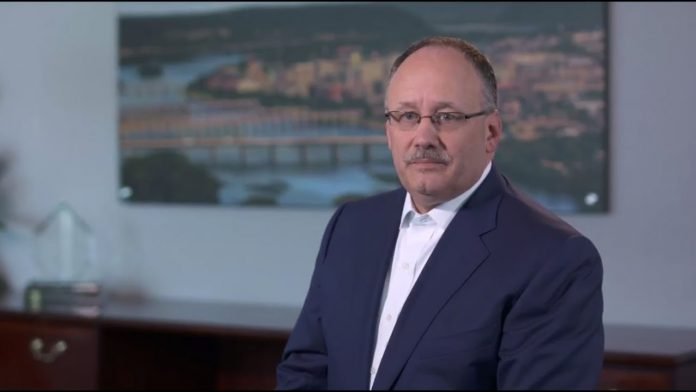 Capital BlueCross announced that Gary D. St. Hilaire will leave his position as president and CEO to become president and CEO of Horizon Blue Cross Blue Shield of New Jersey on April 6. The Capital BlueCross Board of Directors has appointed Todd A. Shamash as the company’s acting CEO, effective upon St. Hilaire’s departure. Shamash currently serves as senior vice president, general counsel and corporate secretary, leading the legal, regulatory and governance teams.

“We are grateful to Gary for his leadership over the past 15 years,” Capital BlueCross Board Chairman Kathryn Taylor said. “His drive, financial acumen, innovative thinking and commitment to the community have made us a stronger company and cemented our position as the leading health plan in our market.”

Capital BlueCross has been recently recognized for its innovative work with key provider partners, including WellSpan Health and the Smart Health Innovation Lab in Lancaster, and its industry-leading work in population health and analytics. Capital BlueCross was named Best in Member Satisfaction Among Commercial Health Plans in Pennsylvania by J.D. Power and was recognized for a second straight year as a Best Places to Work in Pennsylvania.

Shamash has been uniquely involved in all major facets of Capital BlueCross’ business for seven years, including strategic partnerships and overall performance, diversification strategy and subsidiary governance, finance, risk exposure and growth. His guidance has been pivotal in Capital BlueCross’ emergence as a leading health plan in one of the country’s most competitive healthcare environments.

“Todd not only has the respect of our board and his industry peers, but of the entire enterprise,” Taylor said. “Known throughout the organization for his thoughtful approach and unflappable demeanor, Todd brings both a deep knowledge of the company and its current initiatives, as well as a keen understanding of the industry through his past experience. Todd and our exceptional management team will continue to build on Capital BlueCross’ successes as an independent, community-focused health plan and foster the further growth of our subsidiaries in Central Pennsylvania, the Lehigh Valley and beyond.”

Shamash previously served as deputy chief of staff for the Pennsylvania Governor’s Office, where he oversaw healthcare, insurance and all health-related agencies. As senior counsel for Jefferson Health System, he was responsible for the oversight of reimbursement, payer relations and malpractice coverage for the second largest health system in Pennsylvania.

“I am excited to build on our successful 82-year history by increasing access to quality healthcare, lowering costs, providing choice for our members and delivering award-winning member service,” Shamash said. “Capital BlueCross will continue to be an influential force for exceptional service and significant innovation for our members and our employer groups.”

St. Hilaire joined the company as its chief financial officer in 2005, and became president in 2010 and chief executive officer in 2012. During his time as CEO, St. Hilaire led the company’s transformation into a national, diversified family of companies, driving innovation with patient-focused care models, growth in ancillary services and leading-edge data analytics.

“I am extremely excited to take on this new opportunity with Horizon Blue Cross Blue Shield, an organization whose outstanding ethos and innovative culture is much like Capital BlueCross’,” St. Hilaire said. “That said, I am also saddened to leave an organization that I so admire. The mission and the people of Capital BlueCross are second to none, and I know I am leaving it in great hands with an outstanding management team and board of directors.”