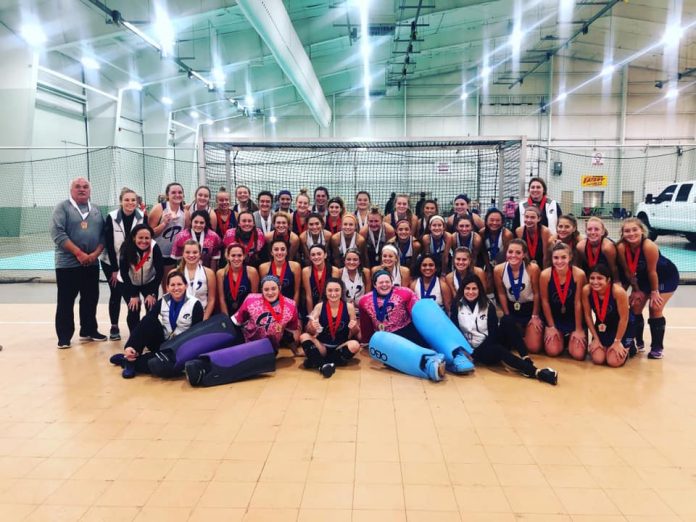 The club was founded in 2012 by Dillsburg resident and club director Belinda Heltzel through Central Penn Mini Sticks with just a handful of players, mostly from families that she already knew.  Central Penn Mini Sticks became very successful and quickly grew into CPFH.   CPFH now has over 275 players, both female and male, ranging in ages from 5 to 18 years of age in U10 to U19 divisions and has developed into a club that has competed at top USA Field Hockey tournaments.

“We are greatly appreciative of USA Field Hockey and their desire to help grow the sport,” Heltzel said.   “This recognition means the world to our players, coaches and families as a validation of all their hard work and dedication. They are incredibly deserving of this honor.  I’m grateful that we can continue to highlight field hockey in the Central PA area and more importantly work to enrich the lives of our athletes.”

USA Field Hockey Executive Director Simon Hoskins states, “Central Penn Field Hockey continues to excel on and off the field of play. Their athletes and coaches have demonstrated skills on the pitch that are recognized by peers and fans, while also showing passion for field hockey and sportsmanship off the pitch. Central Penn has used field hockey to make an impression on the lives of others and brought opportunity to their community and surrounding areas.”

This past winter, CPFH’s top U12 and U19 club teams placed second and third in the nation at the USA Field Hockey Indoor National Championships and their U16 travel team placed first in their age division at the highly competitive USA Field Hockey Disney Showcase. CPFH is ranked second in Pennsylvania by MaxField Hockey, a designation for youth clubs based on points accumulated at various sanctioned events throughout the year.  Since the club’s inception, Heltzel has coached and developed players that are highly recognized and recruited by college field hockey coaches.  The class of 2020 has 16 players advancing to collegiate field hockey careers.

Central Pennsylvania has grown into a National hotbed for talented field hockey players with Spooky Nook Sports in Lancaster as the home of USA Field Hockey in recent years.   To be recognized among the most elite in the sport is quite an honor.

In addition to heading the CPFH program as director and master coach, Heltzel has been a PIAA official for 14 years in the Harrisburg Chapter of Field Hockey Officials and is the Mid Penn Referee Assignor.   She played Division II field hockey at Bloomsburg University where was a three-year starter and helped her team win four straight DII NCAA Championships.  Currently, she plays on an open division team “Threat Level Midnight”.

So who is @KamalaHarris's VP gonna be?