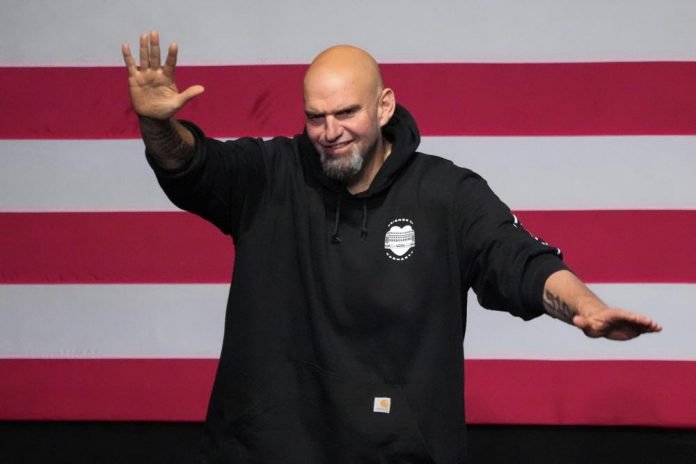 Democrat John Fetterman won Pennsylvania’s pivotal race for U.S. Senate, flipping a Republican-held seat as he recovered from a stroke during the bare-knuckled campaign and giving Democrats hope they can retain control of the closely divided chamber to boost President Joe Biden’s agenda for two more years.

Fetterman, Pennsylvania’s towering and plainspoken lieutenant governor, who became a progressive hero as mayor of a downtrodden steel town, defeated Dr. Mehmet Oz, the smooth-talking and wealthy heart surgeon-turned-TV celebrity who had just moved to the presidential battleground state to run for Senate.

Fetterman credited his “every county, every vote” campaign strategy, in which the tattooed and hoodie-wearing candidate sought to bring the Democratic Party back to predominantly white working-class areas that have increasingly rejected it, even as he ran on a progressive platform.

“And that’s exactly what happened,” Fetterman, 53, told a cheering crowd early Wednesday at a concert venue in Pittsburgh. “We jammed them up. We held the line. I never expected that we would turn these red counties blue, but we did what we needed to do and we had that conversation across every one of those counties.”