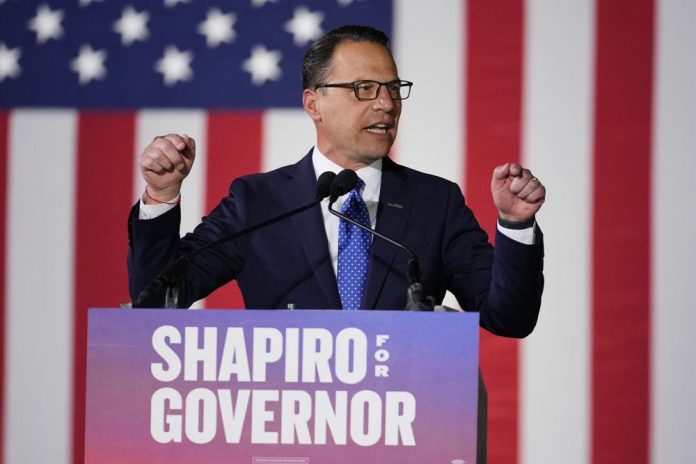 Democrat Josh Shapiro won the race for governor of Pennsylvania, securing the office for four years in a state where the future of abortion rights is on the line, along with management of the 2024 election in a battleground that is often decisive in choosing presidents.

He had led polls from the start over Mastriano, and his victory — in a year in which Democrats nationally faced headwinds, including high inflation — made him the first governor to be elected to succeed a member of his party since 1966.

“Tonight, voters from Gen Z to our seniors, voters from all walks of life, have given me the honor of a lifetime, given me the chance to serve you as Pennsylvania’s next governor,” Shapiro told a cheering crowd of hundreds in his home of Montgomery County, in suburban Philadelphia.