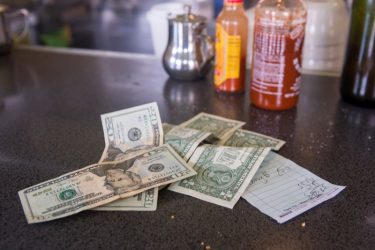 Attorney General Josh Shapiro led a coalition of nine attorneys general in praising the Department of Labor’s new Tip Regulation and dismissing their lawsuit. Under the new regulation, tipped workers can only be paid the tipped minimum wage when the vast majority of their work generates tips, helping protect them from exploitation and wage theft.

“I am pleased that the Department of Labor took our lawsuit seriously and corrected the harm the rule would have inflicted on workers,” said AG Shapiro. “Tipped workers, like all workers, deserve a fair day’s pay for a fair day’s work. My office will continue to fight for the rights of workers in Pennsylvania and, along with Attorney General Raoul and our other colleagues, for workers nationwide.”

Pennsylvania Attorney General Josh Shapiro and Illinois Attorney General Kwame Raoul led the coalition in a legal challenge to a U.S. Department of Labor (USDOL) rule that sought to remove the limit on non-tipped work a tipped worker may complete and still receive only the tipped minimum wage, $2.13 per hour federally and $2.83 per hour in Pennsylvania.

The Fair Labor Standards Act (FLSA) is the federal law establishing a baseline of critical workplace protections, such as minimum wage and overtime, for workers across the country. It permits employers to take a credit against their minimum wage obligations for the tips workers receive. The rule would have eliminated a twenty percent cap on the amount of non-tipped work a tipped worker could do and still receive only the tipped minimum wage.

The new rule restores the twenty percent cap and imposes an additional limit of thirty consecutive minutes of non-tipped work. In addition, it provides helpful, clarifying definitions for tipped work, non-tipped work, and work that does not generate tips itself but directly supports tipped work.