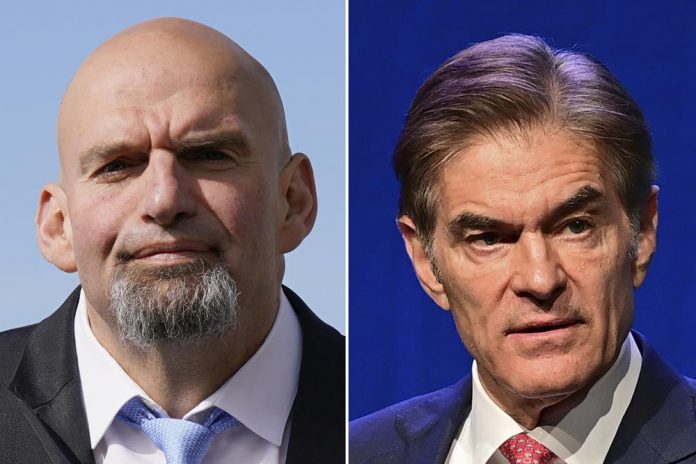 HARRISBURG, Pa. (AP) — More than five months after experiencing a stroke, Pennsylvania Democrat John Fetterman struggled at times to explain his positions and often spoke haltingly throughout a highly anticipated debate Tuesday night against Republican Dr. Mehmet Oz as they vie for a critical Senate seat.

In the opening minutes of the debate, Fetterman addressed what he called the “elephant in the room.”

“I had a stroke. He’s never let me forget that,” Fetterman said of Oz, who has persistently questioned his ability to serve in the Senate. “And I might miss some words during this debate, mush two words together, but it knocked me down and I’m going to keep coming back up.”

When pressed to release his medical records later in the debate, he refused to commit.