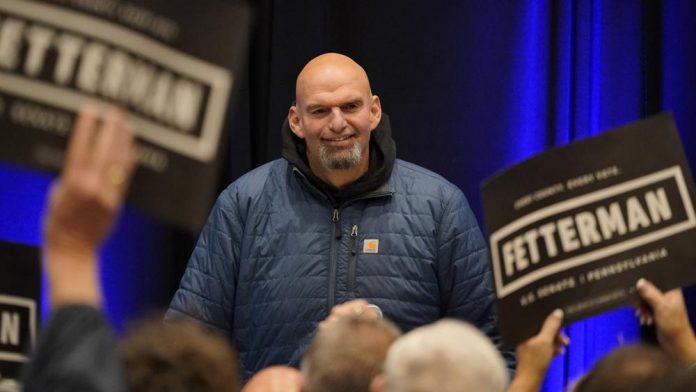 John Fetterman, the Democratic nominee for Senate in Pennsylvania, released a doctor’s note saying he is recovering well from a May stroke as he vies for an open seat in a bare-knuckle campaign against Republican Mehmet Oz, who has questioned Fetterman’s fitness to serve.

Five months after the medical emergency from which Fetterman said, “I almost died,” he is fighting some lingering effects of the stroke — “the elephant in the room,” he called it at a recent rally. The lieutenant governor uses closed-captioning to quickly interpret and respond to questions, and sometimes stumbles over words.

In the one-page letter, Dr. Clifford Chen noted that Fetterman continues to endure effects of the stroke that involve speech and being able to respond quickly. But he said Fetterman exhibited no effects on his “cognitive ability” or his ability to think and reason after the stroke, which occurred just days before the primary election.

Fetterman “is recovering well from his stroke and his health has continued to improve” Chen wrote in the report after examining Fetterman on Friday. Chen, a primary care physician in Duquesne affiliated with the University of Pittsburgh Medical Center, concluded that Fetterman “has no work restrictions and can work full duty in public office.”