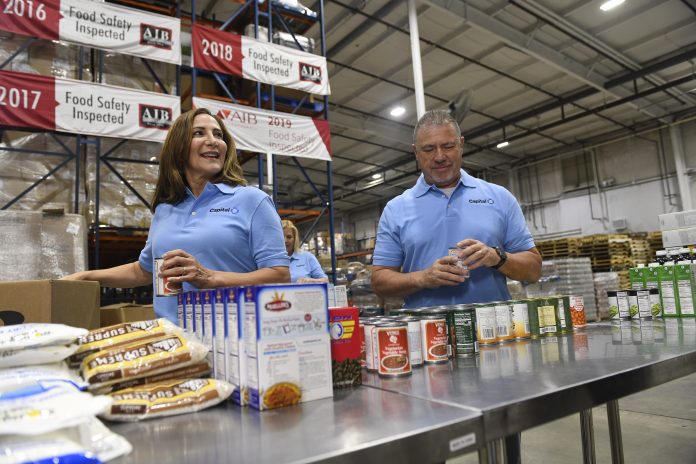 While many of us fret over how to fund our wants, too many struggle to merely meet their needs.  For more than 1 in 10 Pennsylvanians, that includes worrying over how to feed themselves or their families.

More than 1.35 million in the state – 10.5% of the population – are food insecure, according to Feeding America. Pennsylvania’s ratio parallels the problem nationwide; 35.2 million Americans, or 10.7% of us, are either hungry or lack a reliable food source.

“When we suffer from food insecurity, that insecurity spreads to virtually all areas of our lives.” said Dr. Jennifer Chambers, chief medical officer at Capital Blue Cross. “It harms our physical health, because when we’re food insecure we tend to buy low-cost/low nutritional-value foods that can lead over time to a variety of physical problems.

“It harms our mental health, because it often causes high levels of stress and anxiety, and possibly depression. It can even harm our financial health, because we need regular, healthy meals to perform at our best levels and remain productive.”

Costs connected to hunger and food insecurity in the United States total $130 billion a year, or $542 per U.S. citizen, reports the Center for American Progress. Of that, $19.2 billion takes the form of lower lifetime earnings that stem from childhood hunger, a crisis in itself that costs the U.S. $28 billion a year.

In both the state and nation, roughly half of food-insecure people struggle enough financially to qualify for the Supplemental Nutrition Assistance Program (SNAP). But food stamps, while helpful, cannot wholly fix the widespread problem.

The public can help by supporting various agencies and initiatives, such as food banks or food drives, that fight food insecurity, and by urging their family and friends to do the same.

Capital Blue Cross contributes generously to the cause. In 2021, Capital put nearly $190,000 toward 14 area programs, agencies, or projects aimed at fighting food insecurity. In Central Pennsylvania, this included a combined $65,000 to the Central Pennsylvania Food Bank, Salvation Army Harrisburg, and Downtown Daily Bread.

“It’s not enough to just be concerned about more than a million Pennsylvanians being food insecure,” said Susan Hubley, vice president of Corporate Social Responsibility at Capital Blue Cross. “As a corporate leader in the community, we have to step forward to provide monetary and volunteer support to organizations that are working to solve hunger in our region.”

(For more health and wellness news and information that can benefit your business and employees, visit thinkcapitalbluecross.com.)