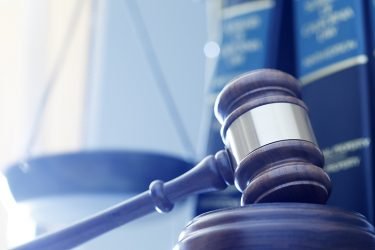 The former director of Luzerne County’s Children and Youth Services has been convicted by guilty plea to one count of Endangering the Welfare of Children and two counts of Obstruction in Child Abuse Cases. She resigned from her position after she was arrested in July 2021.

“Joanne Van Saun turned a blind eye toward the abuse and neglect of children, violating the law and her duty to protect our most vulnerable. We will continue to do our part in keeping children in Luzerne County and across the Commonwealth safe, to guarantee that if you call the Pennsylvania ChildLine, your report will be taken seriously, and that we will prosecute anyone who fails in their responsibilities and puts our young people at risk,” said AG Shapiro.

Investigators learned that in May 2017, Joanne Van Saun, 58, director of the Luzerne County Children and Youth Services (LCCYS), directed employees to terminate at least 217 reports of child abuse and neglect received from the state ChildLine system. These cases were part of a backlog that was initially reported by the press in May 2017.

Luzerne County had 1,388 outstanding referrals at the end of 2016. The number as of May 2017 was even higher at 1,698 outstanding referrals, which accounted for at least 80 percent of the Commonwealth’s outstanding ChildLine referrals. Under pressure from the reports of huge numbers of Childline reports in backlog status, Van Saun came up with a plan to eliminate the backlog without doing any investigation into whether any of the reports required further action to protect the children.

ChildLine is part of a mandated statewide child protective services program. It is designed to receive reports of child abuse and well-being concerns, which are then transmitted to an appropriate agency for investigation, typically county-level Children and Youth Services agencies.

Instead of taking the proper time to evaluate or investigate each Childline referral, Van Saun directed her employees to eradicate the backlog by submitting false computer reports back to ChildLine that the referrals did not merit investigation (known as a “screen out”). 217 screen outs were submitted in May 2017 by LCCYS clerical workers who had no legal authority or proper training to make that decision.