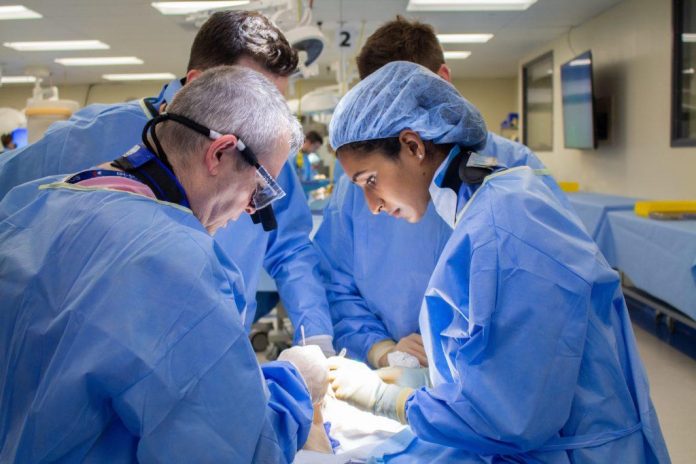 “Globus Medical has an established presence in our state and has worked with the commonwealth for years in their growth and expansion—starting with only four employees in 2003,” said Gov. Wolf. “With this manufacturing operation expansion, their workforce will grow substantially, and will build upon their continued commitment to bringing new jobs and opportunities to southeast Pennsylvania.”

To access the workforce required to meet the company’s needs as it undertakes a major expansion, Globus Medical will purchase and renovate a facility in Limerick Township, near its worldwide headquarters in Audubon, which has been vacant for nearly two years. The company will invest $36 million into the expansion.

“We are pleased to have a strong presence and strategic growth potential in Pennsylvania. The expansion into the Limerick facility will establish a best in class production facility supporting a growing global business and generate opportunities in our local communities,” said Dave Demski, Globus Medical President and Chief Executive Officer.

Globus Medical received a funding proposal from the Department of Community and Economic Development (DCED) for a $750,000 Pennsylvania First grant and $729,000 in Job Creation Tax Credits to be distributed upon creation of the new jobs. The project was coordinated by the Governor’s Action Team, an experienced group of economic development professionals who report directly to the governor and work with businesses that are considering locating or expanding in Pennsylvania.

Globus Medical is a leading medical device manufacturer with the goal of improving the quality of life for patients with musculoskeletal disorders. Globus began by developing solutions for spinal pathologies, including spinal implants and instruments. Since that time, Globus has significantly expanded its musculoskeletal solutions to include treatment options for traumatic fractures, joint reconstruction, and robotic navigation. Since its inception in 2003, the company has launched more than 200 products.