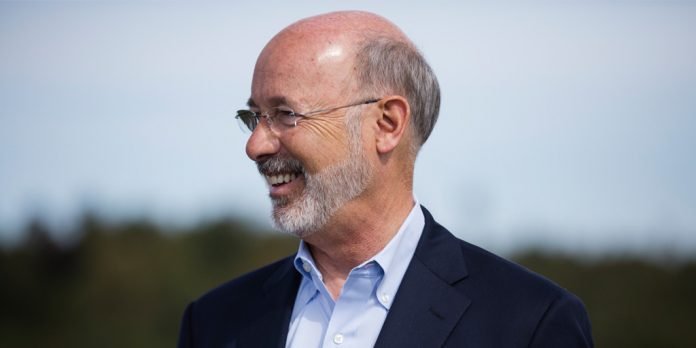 “The decriminalization and legalization of adult-use cannabis are what the people of Pennsylvania want,” Gov. Wolf said. “I urge the General Assembly to listen to them.”

“This is revenue that can help Pennsylvanians adversely impacted by the criminal justice system access restorative justice programs, it can be earmarked to help our historically disadvantaged small businesses weather the economic crisis caused by COVID-19, and it will give our economy a much-needed boost”, said Governor Wolf.

The COVID-19 pandemic has caused enormous disruptions to Pennsylvania’s economy, and with additional federal aid stagnating in Congress, Wolf said adult-use cannabis legalization now will go a long way in helping the state’s economy recover in the future.

Some states that have legalized adult-use cannabis have received hundreds of millions in additional revenue.

Wolf and Fetterman stressed that while it will take time to build a system that will bring in that level of revenue in Pennsylvania, there are things the legislature can and should do now to ensure that the state and its residents can benefit from that revenue as soon as possible.

Lt. Gov. Fetterman has long led the charge for decriminalizing possession of small amounts of cannabis, something that can save money and change the path of the lives of people previously convicted of these low-level crimes.

“In 2019, nearly 22,000 people in PA were arrested for having a small amount of marijuana,” Lt. Gov. Fetterman said. “We can better devote the time and resources we spend prosecuting these Pennsylvanians for doing something that most of us think shouldn’t even be illegal.”

“We welcome the inclusion of cannabis legalization into Governor Wolf’s legislative agenda, which doubles-down on his commitment to support statewide legalization,” Jeff Riedy said. “NORML chapters across the commonwealth endorsed the Wolf/Fetterman ticket back in 2018. With two robust legalization bills already written, lawmakers could act tomorrow.”

The clear message of the day was urgency and how acting now to decriminalize possession of small amounts of cannabis can have immediate benefits for those most adversely affected by criminalization and legalization now can have long-term benefits for the state and all of its residents.