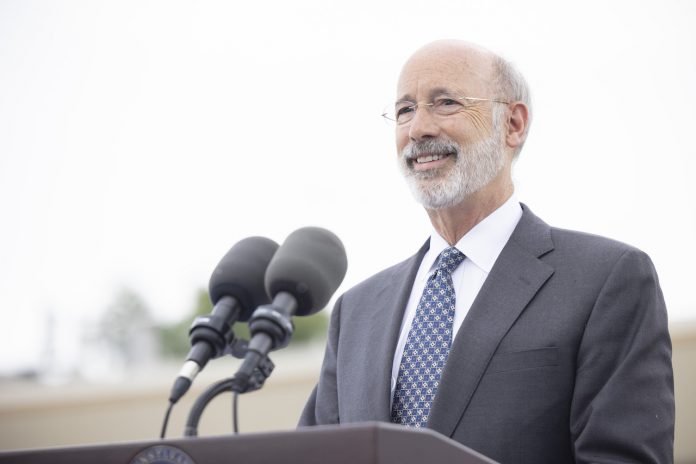 “Pennsylvania, and the nation, continues to fight a tragic gun violence crisis. We need to spark change at a local level, which is why I’m glad to commit an addition $15 million to community-based gun violence prevention programs,” said Wolf. “But I also want to call on our legislators to partner with me over this next year to improve public safety and equity.

​”This investment is one piece of the puzzle, but we also need to address the systemic and structural issues that cause inequity—and harm—in our society,” Gov. Wolf said. “We need to invest in schools, we need good jobs that pay fair wages, and we need to give communities across Pennsylvania the resources they need for a good quality of life.”

PCCD ​initially had $8 million in state dollars for the next round of Gun Violence Intervention and Prevention (VIP) grants to be funded this month. The extra $15 million available through the ​federal American Rescue Plan, will further extend the reach of community violence prevention programming.

“We are grateful to the governor for his increasing commitment to neighborhood-based solutions and his faith in the people who are doing this incredibly challenging work,” Hughes, Phila/Montgomery, said. “We know that the need is far greater than the funds available, but this announcement is another step toward closing that gap and helping families across Pennsylvania thrive in safer communities.”

While gun violence is a statewide issue, it’s most prevalent in urban areas where communities of color and low-income communities are disproportionately affected.  Between 2019 and 2020, the number of fatal and nonfatal shootings in Philadelphia increased by nearly 48%, from 1,450 in 2019 to 2,139 in 2020. Pennsylvania was home to 1,752 fatal shootings in 2020 – a 13% increase from 2019.

Michelle Bolling, mother of Philadelphia gun violence survivor Sadiq Nelson, shared her story. The day after turning 19 in 2020, Sadiq was hit by stray gunfire shot from a car window when he was leaving work. His shattered femur took months to heal, but the emotional trauma remains. While her son is still alive, Bolling knows many mothers in their community whose children did not survive gun violence.

“More people were murdered with guns in Pennsylvania in 2020 than any year on record. This important down payment will start to change that trend by investing in the community heroes who work tirelessly to staunch the bleeding,” said Adam Garber, executive director, CeaseFire PA Education Fund. “I’m thankful Gov. Wolf, Sen. Hughes and so many others fought for this investment in safer communities. We each know it is dwarfed by the size of this public health crisis, which is why we need to provide even more resources to successful community solutions.”