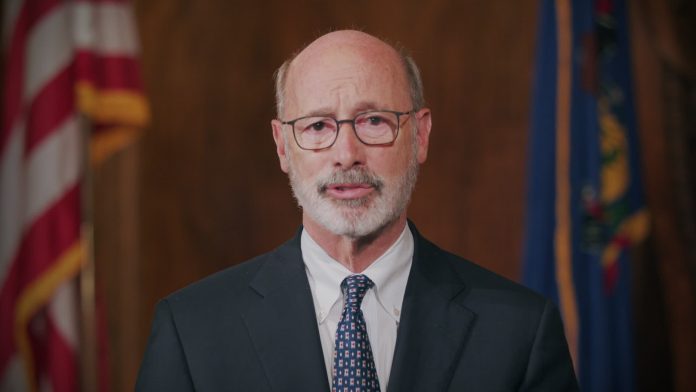 Tomorrow, our nation will observe the 20th anniversary of the September 11, 2001, terrorist attacks. Today, in honor of the lives lost on September 11, and in commemoration of 20 years of grief, remembrance and healing, Governor Tom Wolf released a video message to Pennsylvanians.

In remembrance of the victims of the attacks and in honor of Patriot Day, Gov. Wolf has ordered all United States and Commonwealth flags on the Capitol Complex and Commonwealth facilities throughout the state be lowered to half-staff at sunrise on Saturday, September 11, 2021.

The United States Flag and the Commonwealth Flag shall remain at half-staff until sunset on Saturday, September 11, 2021.

All Pennsylvanians are invited to participate in this tribute.