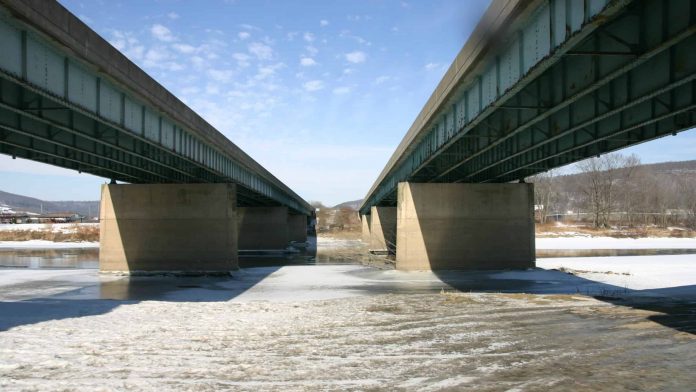 Governor Tom Wolf stood alongside U.S. Transportation Secretary Pete Buttigieg to launch the largest bridge formula program in American history, made possible by the passage of the Bipartisan Infrastructure Law. Pennsylvania is set to receive $1.6 billion to fix more than 3,000 bridges across the state.

The program represents the largest investment ever made in fixing bridges – dedicating $26.5 billion to states, the District of Columbia and Puerto Rico over the five years of the law and $825 million for Tribal transportation facilities. The amount that will be available to states in Fiscal Year 2022 is $5.3 billion along with the $165 million for tribes.

“We are thrilled to launch this program to fix thousands of bridges across the country – the largest investment of its kind in U.S. history,” said DOT Secretary Buttigieg. “Modernizing America’s bridges will help improve safety, support economic growth and make people’s lives better in every part of the country – in rural, suburban, city, and tribal communities.”

Nationwide, the Bridge Funding Program is expected to help repair approximately 15,000 bridges. In addition to providing funds to states to replace, rehabilitate, preserve, protect, and construct highway bridges, the Bridge Formula Program has dedicated funding for Tribal transportation facility bridges as well as “off-system” bridges, locally owned facilities which are those not on the federal-aid highway system.