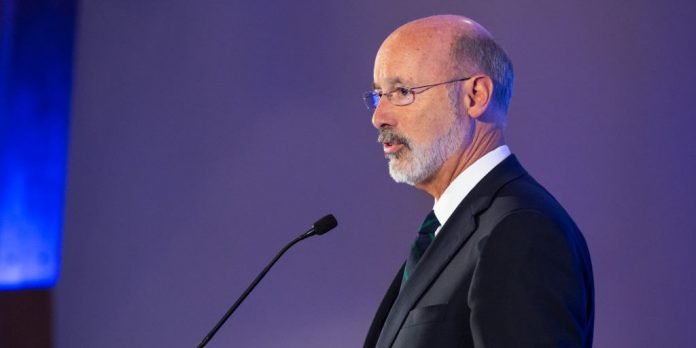 Gov. Tom Wolf signed into law Act 10 of 2019, formerly House Bill 223, which will transfer ownership of the French Azilum Historic Site, Bradford County, from the Department of General Services to a local preservation group, French Azilum Inc., which will operate it. The bill requires the group to preserve the historic site, which was the location of a planned settlement built for refugees fleeing the French Revolution.

“French Azilum is an important piece of Pennsylvania’s history, and this local group has already shown commitment to ensuring its longevity as a site of cultural heritage,” said Gov. Wolf. “This bill ensures many future generations will be able to visit and learn from French Azilum.”

Gov. Wolf also signed into law on Friday Act 11 of 2019, formerly Senate Bill 43, which names a portion of U.S. Route 30 in Westmoreland County “J. Edward ‘Hutch’ Hutchinson Memorial Bypass.” Hutchinson was an active member of the Greensburg Hose Co. No. 3 for more than 78 years and served in the Marine Corps during World War II.