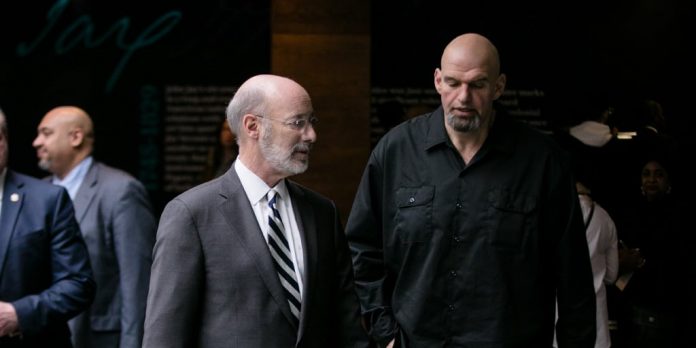 Governor Tom Wolf thanked Pennsylvanians for their overwhelming response to the lieutenant governor’s statewide tour and online feedback form to gauge interest in whether the state should consider legalizing adult-use recreational marijuana.

To date, Lt. Gov. John Fetterman has held 18 recreational marijuana listening tours in 17 Pennsylvania counties with another 50-plus stops planned through June.

“The response to the lieutenant governor’s listening tours has been tremendous, with people across the state making their voices heard,” Gov. Wolf said. “This is exactly the type of discussion I had hoped John would get – for, against, not sure. Everyone’s opinion is important and valued.

“Thank you to everyone who has taken the time to attend an event or respond online. I appreciate your time and input, which are invaluable as we study this issue.”

In addition to the thousands of people who have attended a listening tour session, more than 21,000 have responded to the online feedback form, offering their opinions on the topic.

The governor’s correspondence office, which tracks the online form, noted that no other topic has received this level of response or interaction since the governor took office in 2015.

“I want to thank the people of Pennsylvania for coming and participating in this important conversation we are having in the commonwealth,” Lt. Gov. Fetterman said. “The stops have been cordial, engaging, and thoughtful. I look forward to continuing this tour and hearing from everyone.”

“I’m pleased that Pennsylvanians are taking the time to let us know their thoughts on the topic of legalizing adult-use marijuana,” Gov. Wolf said. “It’s my hope that this level of interaction becomes the norm on issues important to Pennsylvanians. It’s how we can best develop policy and programs – by listening to everyone’s perspectives.”