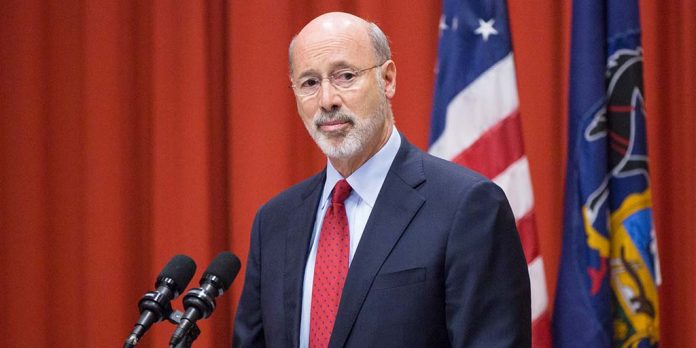 Governor Tom Wolf announced today that 15 new commissioners and 18 returning commissioners of the Governor’s Advisory Commission on Latino Affairs were sworn in during a ceremony at the state Capitol.

“Pennsylvania is built on a foundation of inclusion and diversity and the Latino community is an important part of our commonwealth’s history and our future,” said Governor Wolf. “I commend all of the members of my Latino Affairs Commission for their dedication and commitment. There is a tremendous need to hear from Latinos on everything from healthcare and education to economic development and the census, and I look forward to working with the commissioners to create a Pennsylvania where everyone can thrive.

“We will continue to work with cabinet members, stakeholders, and local, state and federal officials as a united front to advocate for the Latino community across the commonwealth,” said Luz B. Colón, GACLA executive director. “The governor believes in bridging the gap to help increase accessibility to improve lives for all Latinos in Pennsylvania, and I’m extremely proud to work for this administration that believes in equality.”

The Governor’s Advisory Commission on Latino Affairs (GACLA) was created by Executive Order and consists of volunteer members who have proficiently served Pennsylvania’s fastest growing Latino community since 1971. GACLA’s mission is to advise the governor on policies and legislation that impact Latino communities and to ensure that Pennsylvania’s Latinos are given the opportunity to thrive in community development, education, equal rights and equal opportunities, workforce, health and social services in Pennsylvania.