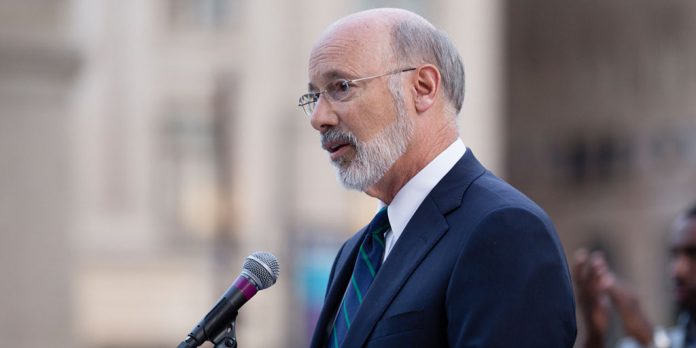 Governor Tom Wolf continued his administration’s efforts to make state government more transparent and accountable with the launch of the Governor’s Goals dashboard. Pennsylvanians can use the new online resource to track progress on the governor’s top policy priorities.

“Since taking office, I’ve committed my administration to make state government more transparent and accountable to the people of Pennsylvania,” said Governor Wolf. “This new online dashboard provides measurable goals so Pennsylvanians can see how well their state government is serving them.”

The dashboard highlights 15 goals aligned to the governor’s priorities across education, workforce development, health and human services, public safety, infrastructure, environmental protection, and government operations. The dashboard uses publicly available information from OpenDataPA, which the governor launched in 2016 to create a central repository of commonwealth data.

“Pennsylvanians deserve a state government that’s open, accountable, and constantly looking for ways to serve them better,” said Colby Clabaugh, Executive Director of the Office of Performance through Excellence. “By focusing on results and publicly tracking our performance, the Governor’s Goals dashboard will help us build a culture of continuous improvement in the commonwealth.”

The Governor’s Goals dashboard is the latest example of the Wolf administration’s innovative use of open data to increase transparency and accountability in state government. Other examples include Pennsylvania’s Opioid Data Dashboard and Medicaid Dashboard, as well as the commonwealth’s annual statewide coding event, “Code4PA.”

Our second #PABudget hearing of the day is:
🔵 Department of State

#HappeningNow: Discussion of sweeping changes to PA elections and more at the #PASenate #PAbudget hearing with @PAStateDept.

The #SenDemPolicy Committee will discuss combating and treating drug overdoses in Philadelphia on Friday.

The Baltimore Sun's newsroom has fallen from 400 to 80. It fears even deeper cuts now that Alden Global has a stake.

Yet it still laid bare the then-mayor's sale of $800K in laughable children's books to buyers w/ vested interests.

@lukebroadwater just won a Polk for it. Bravo