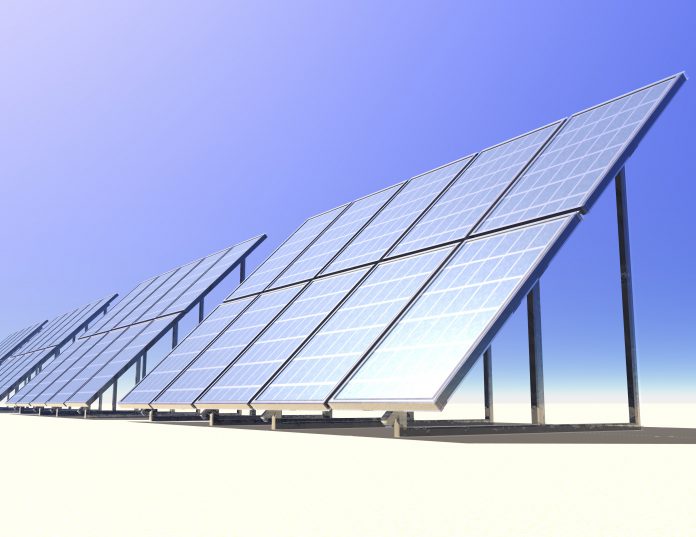 Governor Tom Wolf joined Penn State President Eric Barron and leaders from Lightsource BP in Franklin County for a groundbreaking ceremony for one of the largest solar projects in Pennsylvania. The 70-megawatt project further supports Pennsylvania’s goals to reduce greenhouse gas emissions by 26 percent by 2025 and expand the use of solar energy throughout the commonwealth.

“When I came to office, I set out to build up our commonwealth’s energy portfolio, to diversify it and incorporate cleaner, renewable sources,” said Governor Wolf. “My mission to expand alternative energy sources has increased value to Pennsylvania’s solar energy credits and bolstered the development of new solar projects across the commonwealth. This resurgence of solar energy will help us make big strides in reducing our carbon footprint.”

In his first term, Governor Wolf strengthened Pennsylvania’s solar sector by reopening the Solar Energy Program, identifying strategies to increase solar-powered electricity with Pennsylvania’s Solar Future Plan, and signing new legislation, to ensure that the environmental and health benefits of solar energy are experienced in Pennsylvania.

Last year, the Solar Energy Program helped fund 78 solar projects in 22 counties, including innovative projects such as the Bedford County Jail and Courthouse solar array, which produces 2.1 million kilowatt-hours of electricity each year to power the jail, saving taxpayers around $5.5 million over the next 30 years, and the Solar Marriott Hotel in Lancaster, the first hotel chain powered entirely by solar.

The groundbreaking ceremony was the latest clean, renewable energy celebration in the commonwealth. More than 150,000 solar panels will be installed across three locations in Franklin County, on about 500 acres of leased land. Lightsource BP will finance, build, own, and operate the three solar farms, with Penn State purchasing all of the electricity generated under a 25-year power contract. The project is estimated to save Penn State at least $14 million dollars over the contract term through solar’s low cost of electricity while meeting 25 percent of the university’s state-wide electricity needs. It will also help develop the Pennsylvania solar market and employ over 250 people during the construction period.

Retweet on TwitterStephen A. Miskin Retweeted

I joined House Transportation Chairman Tim Hennessy for a meeting with Mack Trucks to talk about transportation issues important to our area.

Lampkin hosted meetings and gave street-corner speeches to promote the cause.

She also worked hard to organize participation by African American women in Pennsylvania.

Journo friends: I was taught not to accord to people, only documents. As in, "According to reports..." is fine but "According to Jane Smith ..." is wrong. It should be "Jane Smith said ..." What say you? Am I right or is this my "get off my lawn" moment?

With inflation, too many working people essentially got a pay CUT last year.