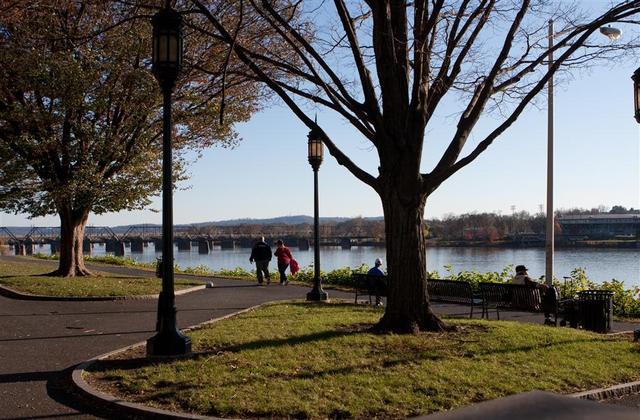 Harrisburg has been named the best place to live in Pennsylvania, according to U.S. News and World report.  Pittsburgh ranked #2, followed by Lancaster, York and Reading rounding out the top 5.

U.S. News analyzed the 150 most populous metro areas to find the best places to live. To make the top of the list, a place had to have good value, be a desirable place to live, have a strong job market and a high quality of life.

According to U.S. News, “The great outdoors are easily accessible in Harrisburg – Pennsylvania’s capital. Bikers and runners take in the scenery of the Susquehanna River on the trails of Riverfront Park, which also hosts many of the metro area’s annual festivals and events. Residents also enjoy hiking the famous Appalachian Trail or camping and mountain biking in the many nearby state parks and forests.

This city is within easy driving distance of Amish country, Gettysburg National Military Park and Hersheypark – with its amusement park, concert series and The Spa At The Hotel Hershey, famous for its chocolate treatments. Big-city weekend getaways are also there for the taking; New York City, Philadelphia, Baltimore and Washington, D.C., are a few hours away by car.”

Overall, Harrisburg ranked no. 61 on the list of the Best Places to Live in the U.S.