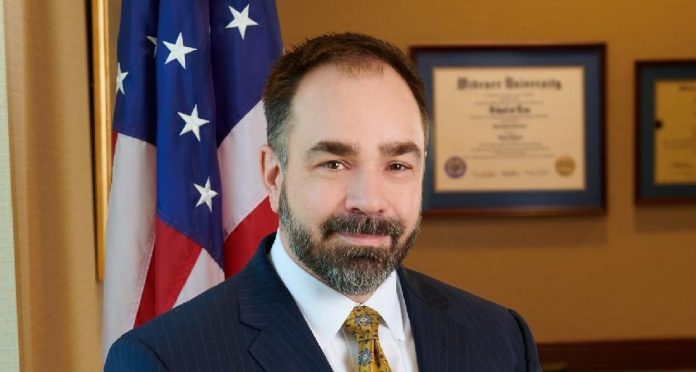 A resident of Dauphin County, Justice Brobson is the 178th member to serve on the Court and the third Commonwealth Court judge elected to the Supreme Court.

A ceremonial event originally scheduled for Jan. 7 has been postponed due to the ongoing COVID-19 pandemic.

“I and all of Justice Brobson’s new colleagues welcome him to the Court,” said Supreme Court of Pennsylvania Chief Justice Max Baer. “We look forward to a joyous celebration with Kevin, Lauren and all of their family and friends when Omicron has abated.”

Before his election to the Supreme Court, Brobson served for more than a decade as a judge of the Commonwealth Court, one of Pennsylvania’s two intermediate appellate courts. In 2020, his colleagues selected him to serve as president judge. He served in that capacity until his installation on the high court. He also served a four-year appointed term on the Judicial Conduct Board of Pennsylvania, where he served as Board chair in the final year of his term.