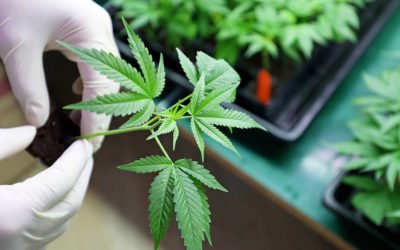 “We’ve had a cruel, irrational and expensive policy on cannabis for more than 80 years,” Leach said. “Prohibition has destroyed countless lives and has cost our taxpayers millions of dollars. It’s time we walk into the bright sunshine of enlightenment and stop arresting our kids and funding violent drug cartels. This will be a tough battle, but so was passing medical marijuana. We did that, and we will do this. The stakes are too high for us to fail.”

“An end to the prohibition of cannabis is overdue,” Street said. “It is time for us to join the emerging cannabis economy with the legalization of the Adult Use of Cannabis in PA., which should not be a crime when responsibly used by adults nor mandate medical oversight. The economic imperatives are too great. We also have a moral mandate to correct the damage that disparate enforcement of our Marijuana Laws has done and is still doing to communities across the commonwealth.”

Key points on the bill:

“Cannabis prohibition was built on lies and racism and has resulted in literally hundreds of thousands of Pennsylvanians suffering criminal convictions merely because they chose a plant instead of an alcoholic beverage,” Pittsburgh NORML Executive Director Patrick Nightingale said. “Adult-use reform will save almost 20,000 Pennsylvanians from arrest and prosecution annually. Reform will also help affected Pennsylvanians expunge cannabis-related offenses from their record.”

“We’re fighting to create an adult-use cannabis program where individuals harmed by prohibition and small Pennsylvanian farms and businesses will have the opportunity to not only participate in the industry but to profit from it,” Leach said.

The federal “Marijuana Tax Act”, passed 82 years ago, prohibits the use of cannabis for recreational purposes nationwide. However, we have seen states legalize its use through constitutional referendums and through some legislatures. Here in Pennsylvania, prohibition results in over 25,000 Pennsylvanians, disproportionately people of color, being put into the criminal justice system per year. It costs the state more than a half-billion dollars per year to arrest, prosecute, incarcerate and monitor people arrested for cannabis-related offenses. And this does not count the cost of lost labor and educational opportunities.

Street introduced Senate Bill 1265 in 2017, a bill for the decriminalization of cannabis in Pennsylvania. He also introduced Senate Resolution 421, a resolution urging the United States Congress to pass a 2018 Farm Bill that includes the Hemp Farming Act of 2018 and calling on the Pennsylvania Department of Agriculture to conduct a study of industrial hemp research pilot programs and prepare recommended draft statutory and regulatory language.

At this point, just hoping for healthy recoveries for the #Ravens. This isn’t about football any longer. #HereWeGo

Small businesses are incredibly important to your local Pennsylvania community.

Make sure you support them this #SmallBusinessSaturday.

“Cronyism isn’t capitalism, it’s a perversion of the free market and only possible at the hands of government. If we want to address inequality and create a fair playing field, we must stand against these types of government handouts...” https://fee.org/articles/how-big-government-stacked-the-deck-against-small-business/