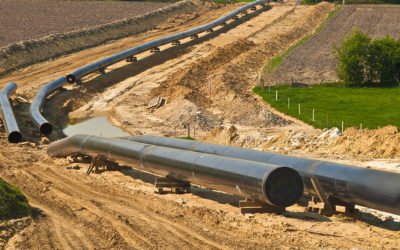 State Rep. Danielle Friel Otten, D-Chester, today announced the introduction of H.B. 1735, which would establish a Pipeline Early Detection and Warning Board. The proposed bill would empower the board to collect fees from pipeline operators, and distribute those fees in the form of grants for the development of early detection and warning systems to alert communities in the event of a pipeline incident.

“My legislation would properly place the costs associated with early detection and warning systems on pipeline operators rather than on our communities, taxpayers, or first responders,” Otten said.

Otten worked with Uwchlan Safety Coalition founder and organizer Rebecca Britton to draft the legislation. Britton is a Uwchlan Township resident who lives near the Mariner East pipeline and is a school board director for the Downingtown Area School District. As a school board director, Britton shares responsibility for six schools in the path or potential impact radius of the pipeline.

“This bill is an extension of the work that we began long before either one of us thought about running for office,” Otten said regarding her collaboration with Britton. “When we have refineries exploding at one end of the state and pipelines exploding at the other after just one week in service, it is incumbent upon us as elected officials to codify how we will protect public safety and hold pipeline operators responsible for the costs associated with early detection, warning and response to pipeline leaks.”

In describing the need for this legislation, Otten cited the testimony of Timothy Boyce, director of the Delaware County Department of Emergency Services, who spoke before the House Veterans Affairs and Emergency Preparedness Committee at a public hearing on May 30.

In his remarks, Boyce noted the lack of state funding for emergency preparedness around potential pipeline incidents and the lack of plans in place for a community-wide evacuation.

“You know, we have firefighting plans, we have hazard control plans, we have air monitoring plans, but we don’t have a commonality people plan,” Boyce said. “Not everybody has a smart phone. Not everyone can self-evacuate.”

Otten also referred to the testimony given by Sunoco engineer John Zurcher at a hearing with the state Public Utility Commission last week. According to The Sentinel, when he was questioned on the implementation of an alarm system in the event of a leak, Zurcher responded by saying, “We do know it’s feasible but just not practical.”

Zurcher also noted that the best leak detection system that pipeline operators currently have is “the public and first responders.”

Otten said her legislation corrects this misplaced burden, shifting costs and responsibility to pipeline operators instead of the public.

“Responsible infrastructure means protecting vulnerable populations and the first responders who run toward danger to help others get out of harm’s way,” Britton said. “In an emergency, time, preparation, and accurate information can mean the difference between saving lives and risking a catastrophe. Emergency services personnel need to be properly funded and prepared if we are to ensure that our already taxed resources, often manned by volunteers, can deal with potentially high-consequence situations. This bill is the essence of a true commitment to public safety.”

Now is not the time to walk away from our commitment to our students for a quality and affordable education. https://twitter.com/statesystem/status/1230520415384145921

Marian Anderson, of Philadelphia, was one of the most celebrated singers of the 20th century.

In addition to her singing,  Anderson served as a delegate to the @UN Human Rights Committee &  goodwill ambassadress for the State Dept.

“Like a lot of Vermonters, I own a summer camp.” ⁦— @SenSanders⁩ #Bernie