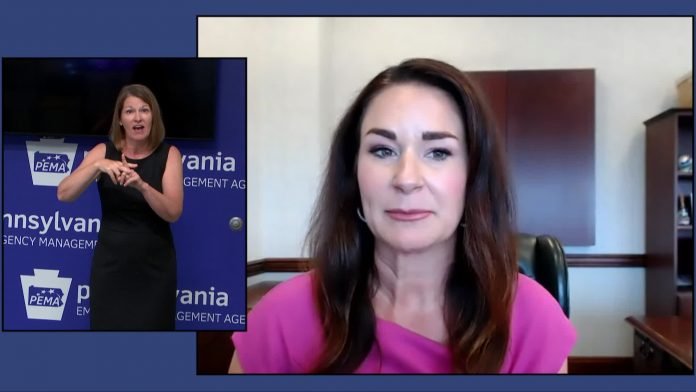 “Tuesday was a historic day for Pennsylvania, and while we did have some individuals encounter issues, many individuals were able to file successfully,” said Acting Secretary Berrier. “Our team was able to rapidly identify the issues that did occur and get fixes in place within 24 hours of the launch. We’re continuing to resolve some smaller issues, but we’re in a very good place, especially compared to other states that experienced longstanding issues after their own transition to a modernized UC system. Most importantly, we are on track to get payments into the hands of unemployed Pennsylvanians soon.”

The waiting room was briefly in effect in the morning but as of 2:00 PM no wait times were reported.

“As anticipated, we experienced a surge of individuals visiting the new UC system immediately after its launch was announced,” said Acting Secretary Berrier. “The waiting room prevented the site from becoming overloaded and allowed individuals to continue filing without any breaks, which is exactly what we wanted it to do.”

The default payment type for all users appeared to be set to “debit” due to data about payment preference not arriving from the Pennsylvania Treasury until after the first payment is made. Users will receive their payment through their previously selected method. Users now also have the option to change their payment method for future payments.

In researching reports of Keystone ID issues, L&I found that some individuals are mistakenly trying to log into the new UC system using their login for the legacy system, which used a PIN. Individuals are asked to first make sure they are using their correct Keystone ID information, which is a username and password that is used across multiple Commonwealth platforms, such as PA CareerLink®. Video guides on creating and logging in with a Keystone ID can be found here.

L&I continues to investigate questions and concerns about the new UC system. One new issue was added today to the UC System Check Enhancement Tracker, which provides the public updates on issues as they are identified and resolved.

Mitigation efforts are underway for this issue. The UC System Check Enhancement Tracker will continue to be updated as issues are resolved.

The new UC system allows individuals to file anytime during the claim week, which begins at 12:00 a.m. Sunday and ends at 11:59 p.m. Saturday. Unlike the legacy system, which was inaccessible during certain hours and on Saturday to allow for claims processing, the new system is available 24 hours a day, 7 days a week. Individuals can also file for the current claim week during the next eight weeks, which provides ample time to ensure all individuals are receiving the payments they are eligible to receive.

Filing by phone, also called IVR, will come online Thursday as the next phase of the transition to the new UC system. Individuals with an existing claim do not need a Keystone ID to file using IVR and will instead be asked to provide secure information such as their PIN and Social Security number.

Marsy's Law is cut and dry. @RepDelozier explains it perfectly:

Senate Pres. Pro Tempore @JakeCorman & Maj. Ldr @SenatorKimWard: Our prayers are with Gov. Tom Ridge following his hospitalization after suffering a stroke. Gov. Ridge personifies what it means to be a fighter, statesman & public servant. We wish him a speedy & complete recovery.

I wonder if anyone on the left has actually read the Pennsylvania Voting Rights Protection Act. This quote is a straight mischaracterization of what the bill does.