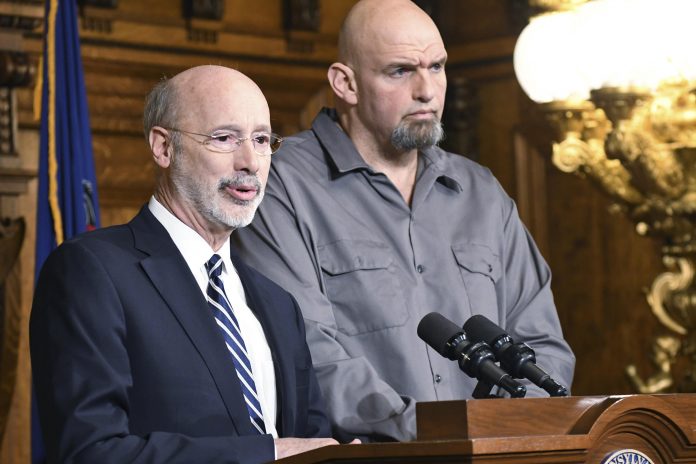 As chair of the Pennsylvania Board of Pardons, Lt. Gov. John Fetterman announced the state’s Board of Pardons recommended 26 marijuana-related pardons to the governor through a new program that speeds up the process.

The pardons are the first round of applications heard under the new program the Lieutenant Governor authorized in September to expedite applications for people with nonviolent marijuana possession or paraphernalia convictions.

The program allows Pennsylvanians with these minor convictions to apply for pardons with a reduced processing time, so the process could take about six months instead of up to two years.

“These applicants deserve forgiveness so their past, victimless mistakes don’t hold them back from housing, jobs, or even volunteering at their children’s schools,” Fetterman said. “This is just the beginning, and this program will help many more Pennsylvanians unburden their futures.”

Fetterman directed the board to create the program last year after releasing the findings from his 67-county tour, which showed overwhelming support for legalizing adult-use marijuana.

While Fetterman and Governor Tom Wolf have urged the legislature to pursue full marijuana legalization, the expedited pardons are one immediate means of alleviating the burden of small-amount, nonviolent convictions that scar the lives of otherwise productive citizens, Fetterman said.

The 26 applications now head to the desk of the governor, who makes the final decision in granting or denying pardons.

Fetterman thanked his colleagues on the Board of Pardons for their affirmative votes and credited board Secretary Brandon Flood and his staff with the successful launch of the new program.

PA health officials continue to preach personal responsibility when it comes to COVID-19 as virus cases continue to grow, but apparently not by as much week over week. https://bit.ly/35GmRZp

Bravo...We spy #PA on this list! The votes are in and 10 gas station brands have been named winners in the 2020 @USATODAY 10 Best Readers' Choice travel awards.
Did you know...
👉@Rutters started as a #dairy farm in York!
👉 @Sheetz hails from Altoona.
https://csnews.com/top-10-gas-station-brands-according-usa-todays-2020-readers-choice-awards