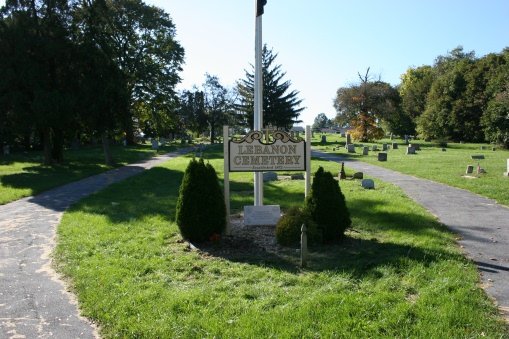 Lt. Gov. John Fetterman is urging Pennsylvanian’s to support Second Lady Gisele Fetterman’s awareness and fundraising campaign to preserve Lebanon Cemetery in North York, a historic Black cemetery that was the only place Black people were allowed to be buried in metro York until the 1960s.

The Fettermans learned about the site after volunteers in April invited the Lieutenant Governor to see headstones sinking and breaking. The 5-acre property dates back to the 1800s.

“It’s heartbreaking to see that this Black history has been marginalized,” Second Lady Gisele Fetterman said. “These Americans deserve to be honored and to know that people care about them.”

Among the more than 3,500 African American ancestors buried at Lebanon Cemetery are abolitionists and conductors of the Underground Railroad with national significance, more than 30 Civil War veterans, Spanish-American War veterans, Tuskegee Airmen, and highly decorated veterans of World Wars I and II, Korea, and Vietnam.

The Second Lady is raising awareness about the cemetery and has started a GoFundMe campaign to raise $100,000 to fund preservation and improvement projects.

“Right now, the state of this place doesn’t convey its importance to our heritage,” said Samantha Dorm, a Yorker who’s a descendant of six generations of people buried at the historic site. “It’s important for today’s generation to understand the significance of their own ancestors.”

Dorm is one of a handful of dedicated volunteers working to uncover graves that have sunk and broken over time, to make sure veterans and historically significant people are logged and honored, and to preserve the dignity of all ancestors buried at the site.

All funds raised through this GoFundMe campaign are directly deposited into the account of the nonprofit Friends of Lebanon Cemetery, a group of volunteer stewards of this historic property that includes Dorm and many other direct descendants of people who are buried there.

The funds will be used for upkeep, maintenance, and priority projects as identified by the Friends of Lebanon Cemetery, in partnership with the cemetery’s operations board.