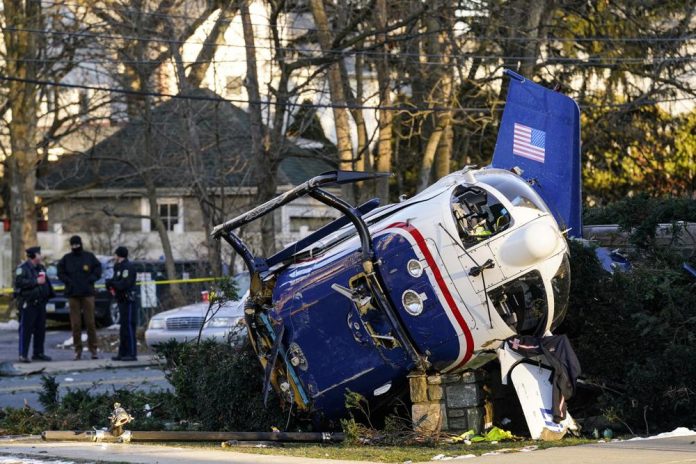 A pilot crash landed a medical helicopter Tuesday without loss of life in a residential area of suburban Philadelphia, somehow avoiding a web of power lines and buildings as the aircraft fluttered, hit the street and slid into bushes outside a church, authorities and witnesses said.

It was a “miracle” that none of the four people aboard, including an infant patient, suffered life-threatening injuries, Upper Darby Police Superintendent Timothy M. Bernhardt said at a press conference, adding that he was eager to shake the pilot’s hand for getting the helicopter down the way they did.

A spokesperson with WellSpan said that the helicopter took off from Chambersburg WellSpan hospital and was on its way to Philadelphia before it crashed.

The infant was taken to a hospital as authorities worked to notify the child’s family, Bernhardt said.