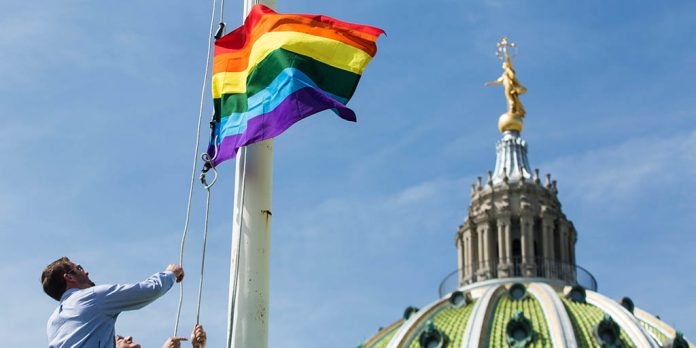 By Theresa Myers – I have given some thought to the Equality Act of 2021 (H.R. 5) legislation that passed the U.S. House on Thursday and is now headed to the U.S. Senate. The Equality Act would amend existing federal civil rights laws to extend protections for LGBTQ Americans. The U.S. Dept. of Labor website states “the Civil Rights Act passed in 1964 – Public Law 88-352 (78 Stat. 241- as prohibiting “discrimination on the basis of race, color, religion, sex or national origin. Provisions of this civil rights act forbade discrimination on the basis of sex, as well as, race in hiring, promoting, and firing. The Act prohibited discrimination in public accommodations and federally funded programs. It also strengthened the enforcement of voting rights and the desegregation of schools.” ( https://www.dol.gov/)

Subsequent legislation expanded the areas covered such as, The Fair Housing Act of 1968. Another group was added to a special status with the Americans with Disabilities Act (ADA) that became law in 1990. “The ADA is a civil rights law that prohibits discrimination against individuals with disabilities in all areas of public life, including jobs, schools, transportation, and all public and private places that are open to the general public. The purpose of the law is to make sure that people with disabilities have the same rights and opportunities as everyone else.” (ADA National Network: https://adata.org/) As a person with a significant disability, I understand and have experienced firsthand discrimination and the need for “special protections” against this by the weight of the federal law.

Before the hate mail comes, I want to share an article I wrote for The Carlisle Sentinel on June 9, 2013. This article shared my view concerning the Defense of Marriage Act (DOMA) case that was before the U.S. Supreme Court at the time. Click here to read on Cumberlink.

Transgender: I admit I don’t understand all the specifics about this and want to understand more thus I have enrolled myself to take the course: “Providing Welcoming Peer Services to the LGBTQ+ Community” to be held online in the early part of next month. Further, I would like to preface by sharing an experience I had 16 years ago while I was a volunteer facilitator for a weekly course that ran for two hours each week for six weeks. At the first session I had each participant tell us their name and a little bit about why they wanted to take the course. One of the participants said their name was “Samantha” (name changed to protect identity) and dressed in female cloths, wore makeup, and carried a purse. He was a man, I thought. I accepted that his name was Samantha and I called the person Samantha.

Once the person in charge of the program where the course was being held found out I was calling him by his female name, told me – we don’t call him by that name we call him by ….. He is a man not a woman and that I was feeding into his delusions. I told the person, “that with my interactions with the person, I would call him by the name he wanted.” I don’t know if he was transgender or not. It didn’t matter. Fast forward and what I have found now is that with greater awareness and understanding there is greater acceptance. People tend to be afraid of what they don’t know.

I have asked myself why transgender people tell people they are transgender? I question why they publicize it like it makes them special. I am female and I don’t go around saying, “I am a girl.” If you identify as a female, that is what you should say if someone ask you your sex, “I am a female.” The only people that I feel need to be told you are transgender are the medical community and obviously your family would already know. I believe in the biology that there are only two sexes (XX and XY), but I don’t care what sex someone wants to be and I don’t think most other people do either. It is not a crime to be transgender.

Special Protections: Do Gay, Transgender, and Questioning persons deserve special protections that the Civil Rights Act would afford? I don’t think so. That someone is gay or transgender may not be evident even though you think it is. Contrary to what some people say that they can tell, not everyone can. Forty years ago, my dad dyed his hair, dressed flashy for the time, and wore makeup (foundation to even his skin tone). He was a heterosexual. When I was in my early twenties I worked with group of ladies, two of them lived and another two lived together. I had no idea they were lesbians until I went on a ski trip with them. I had worked with them for over a year before the ski trip.

As gender, age, and race are visible and so are many disabilities, I can see how someone may have the information to discriminate. I don’t see the equivalent for gays and people who are transgender. Do I get special protection because I am a woman who has sex with a man? No, so why should someone who has same sex relations or identifies as a different sex?

The government’s role is not to write a religion’s doctrine and tell its believers how to practice it, but give them the freedom to do so…….

The government’s role should not be to pick which religions get to practice their faith according to their doctrines by granting certain religion’s exemptions to the laws while persecuting others by enforcing those same laws.” To read rest of article visit here.

Call to Action: I see adding the federal protection of the Civil Rights Act to a group of people based on who they have sex with or what sex they identify is not what the Act was written for. I ask each of you who thinks it goes too far to call Senators Casey and Toomey and tell them to vote, NO,” on the Equality Act. This Act is not the solution to the problem.

Riots at US Capitol cause cancellation of Pearl Harbor remembrance at Pa. state capitol https://www.abc27.com/news/local/harrisburg/riots-at-us-capitol-cause-cancellation-of-pearl-harbor-remembrance-at-pa-state-capitol/

We have some VERY exciting “MOOS” today from @padairymens !!!

Tis the season to #giveback to others & brighten our communities! 🌟

We ❤️ all you are doing throughout Central PA @harrisburgacad. Seeing our youth share their gifts & talents & donate to great causes inspires us!

BREAKING: NYC Mayor Bill de Blasio's vaccine mandate on the NYPD has been temporarily BLOCKED by a Manhattan court.