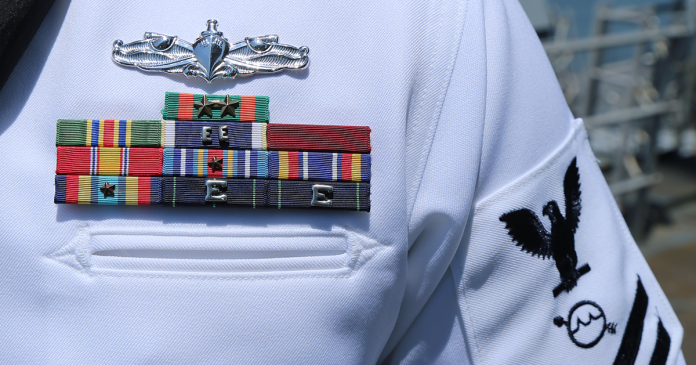 The second item was a bi-partisan resolution concurrently introduced in both the Senate and House formally recognizing October 13, 2019, as the 244th birthday of the United States Navy. On October 13, 1775, the Continental Congress established a naval force, hoping the small fleet would be able to offset the uncontested exercise of British sea power. Although the Continental Navy was later dismantled, October 13, 1775, remains the U.S. Navy’s official birthday. From those humble beginnings, the world’s most powerful Naval force was born.

“Over the course of its 244-year history, the U.S. Navy has been a force for good all around the world. Navy and Marine Corps Medal recipients have been at the forefront of that mission,” said Senator Iovino. “As a 23-year veteran, the Navy has played a key role in my life by instilling the core values of honor, courage, and commitment. I am proud to work across the aisle and across the Capitol building with my fellow Navy colleague to give the Navy and some of its most highly decorated the recognition they deserve.”

“Our Commonwealth has been blessed with dedicated service members and veterans in all branches of the military, and they deserve our recognition and thanks for their sacrifices,” said Representative Mihalek. “As a proud veteran of the U.S. Navy, I consider it an honor and privilege to help ensure the outstanding men and women who earned the Navy and Marine Corps Medal have the same opportunity. As we mark the 244th birthday of the Navy, we know it is the people who stepped up to serve who make this celebration possible.”

Retweet on TwitterStephen A. Miskin Retweeted

I joined House Transportation Chairman Tim Hennessy for a meeting with Mack Trucks to talk about transportation issues important to our area.

Lampkin hosted meetings and gave street-corner speeches to promote the cause.

She also worked hard to organize participation by African American women in Pennsylvania.

Journo friends: I was taught not to accord to people, only documents. As in, "According to reports..." is fine but "According to Jane Smith ..." is wrong. It should be "Jane Smith said ..." What say you? Am I right or is this my "get off my lawn" moment?

With inflation, too many working people essentially got a pay CUT last year.