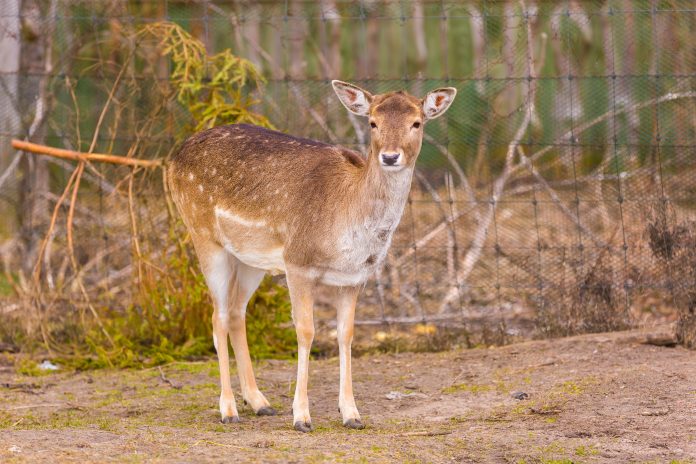 The deer hunters who most consistently fill tags year to year know their woods.

This year, more hunters than in the past also need to know whether their woods fall within the boundaries of a Chronic Wasting Disease Management Area, or DMA.

A newly updated map available from the Pennsylvania Game Commission offers that answer, along with a wealth of other information. The interactive map– available at bit.ly/PGC-CWDMap – shows not only DMA boundaries, but the location of head-collection bins, high-risk parts dumpsters, cooperating deer processors and taxidermists, and CWD DMAP units.

“It’s critical we try to contain CWD as much as possible to those areas where it already exists,” said Andrea Korman, Game Commission CWD biologist. “That’s the purpose of DMAs.

“And hunters are our first line of defense. They’re the ones who, by knowing where they are and following DMA guidelines, keep disease from spreading and further impacting our deer and deer hunting heritage.”

There are three Disease Management Areas in Pennsylvania. That’s the same as last hunting season.

What’s new is that all three DMAs are now larger than they were a year ago. Because of new detections of CWD-positive deer in new places, Disease Management Area 2 in southcentral Pennsylvania expanded to the north and west, while DMAs 3 and 4, in the northwest and southeast respectively, each expanded southward.

As in the past, specific rules meant to limit the spread and prevalence of CWD apply in each DMA. It’s illegal to use or possess natural urine-based attractants within Disease Management Areas, for example. Feeding deer is also prohibited.

Hunters who kill a deer in a DMA can’t take high-risk parts – including the head, spinal cord/backbone, spleen, skull plate with attached antler, if visible brain or spinal cord tissue is present and more – beyond its boundaries.

A downloadable and printable listing of those cooperating processors and taxidermists is also available at http://bit.ly/wherecanitakemydeerPGC.

The map also specifies the location of collection bins, where hunters who harvest a deer within a DMA can take its head to have it tested for CWD.

First, it helps the Game Commission track where CWD is and isn’t and to what degree. And second, it allows hunters to know whether the deer they took was infected with CWD.

Once a head is tested and results are known – and so long as it had a harvest tag attached to its ear — the Game Commission will share that information with the hunter who harvested it, typically within 21 days or less.

Taking a head to a bin is the critical step, though.

Only dropping a head in a bin assures that.

Supplying a head for testing doesn’t mean hunters who take a trophy buck have to give up the antlers either. They can take the rack and skull plate to a taxidermist or take it home if it’s properly cleaned, and put the rest of the head in a collection bin.

Additionally, for hunters who want to process their own deer within the DMA, the map shows the location of dumpsters where they can get rid of carcasses and specifically high-risk parts.

The Game Commission established eight CWD Deer Management Assistance Program, or DMAP, units within the DMAs. Hunters can get additional antlerless deer permits specific for each.

They all surround the spot where a CWD-positive deer was found, far away from any previously known infected deer. The Game Commission is asking hunters to harvest deer in each unit, then submit the heads for testing, to determine if the CWD-infected deer was an outlier or a symptom of a bigger problem.