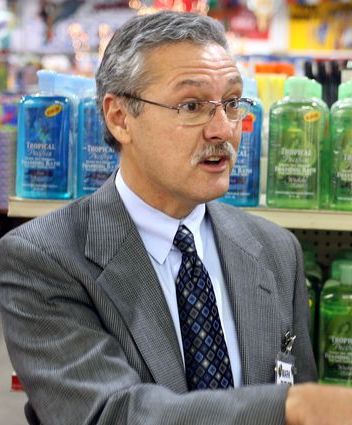 Ollie’s Bargain Outlet announced the company’s CEO, Mark Butler, has unexpectedly passed away at the age of 61.

According to a media release from the company, Butler passed away on Sunday while spending the Thanksgiving Holiday weekend with his family.

“Mark was an exceptional entrepreneur, merchant, leader, philanthropist, friend and family man,” said board member Richard Zannino on behalf of the entire board of directors in the media release Monday. “From ringing the first sale in the first Ollie’s store in Mechanicsburg, PA in 1982, to leading the Company’s highly profitable growth to 345 stores in 25 states, Mark built a successful and enduring retail concept, assembled an incredible team, created thousands of jobs and delivered millions of bargains to our customers, while delivering exceptional shareholder value along the way.”

The board has named John Swygert as interim President and CEO of Ollie’s.  Swygert has served as Executive Vice President and COO of the company since January of 2014 and served as the CFO prior to his current position.

“During his 15-year tenure, John worked closely with Mark and played an integral role in the growth and success of Ollie’s,” Zannino said in the release.

No word on a cause of death.

“Out of respect for my family and those who I may have exposed, I kept my positive case private. Now that I have recovered, I feel now is the appropriate time to share this information", Rep. Andrew Lewis-Republican from Dauphin County.

It's National Senior Health & Fitness Day! It's never too late to establish a home-based health routine. Check out these tips from @EverydayHealth - but remember to always consult your doctor when making changes to your health regime and activity levels. https://www.everydayhealth.com/senior-health/stay-fit.aspx