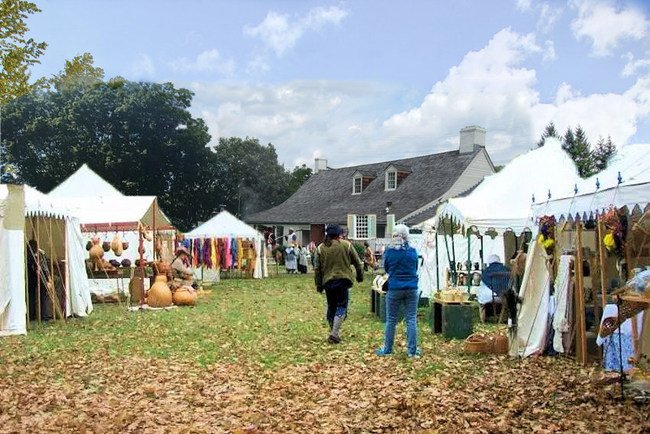 This special two-day living history event provides visitors the opportunity to experience life in late 18thcentury and to visit the site where the initial shots of the 1794 Whiskey Rebellion were fired.  Open to the public and to all ages, the event will feature docent-led tours of Woodville Plantation, 18thcentury entertainment, sutlers selling reproductions of 18th-century wares, food and beverage vendors, and a re-enactment of the Battle of Bower Hill, the event that sparked the Whiskey Rebellion. The entrance fee is $10.00 per person per day, children under 12 free, and parking is free.

Woodville Plantation, a living history museum, is located approximately eight miles from downtown Pittsburgh, Pennsylvania.  Woodville, constructed in 1775, is situated on the remaining two acres of an original 1100 acre farm once owned by Brigadier General John Neville. From 1782 to 1814 it served as the country residence of Neville’s son, Colonel Presley Neville.  Later, Woodville became the home of the wealthy Pittsburgh industrialist Christopher Cowan.  In 1975 Neville House Auxiliary, Pittsburgh History and Landmarks Foundation, and the National Society of Colonial Dames of America partnered to preserve, restore, and open Woodville as a museum to the public. Today it is maintained and operated by the Neville House Associates, a not for profit organization.

“Although 100,000 cars pass Woodville each day as they travel the I-79 corridor near Bridgeville, it remains a relatively forgotten connection to one of Pittsburgh’s founding families and one of the area’s most historically significant, national events…the Whiskey Rebellion,” said Communications Director Robert Windhorst.

In addition to the festivities, Robert Eckle, President of Neville House Associates, will unveil the plans for the re-creation of one of the barns formerly located on the property.  “We have purchased and will be preserving a circa 1800 barn from the local area. It will be carefully disassembled and moved to the Woodville site,” said President Robert Eckle. “Through adaptive reuse, it will house a modern visitor center, exhibition area, and office spaces…all while presenting a historically accurate exterior.”  The project will commence in late 2019 and is tentatively scheduled for completion in July of 2020.