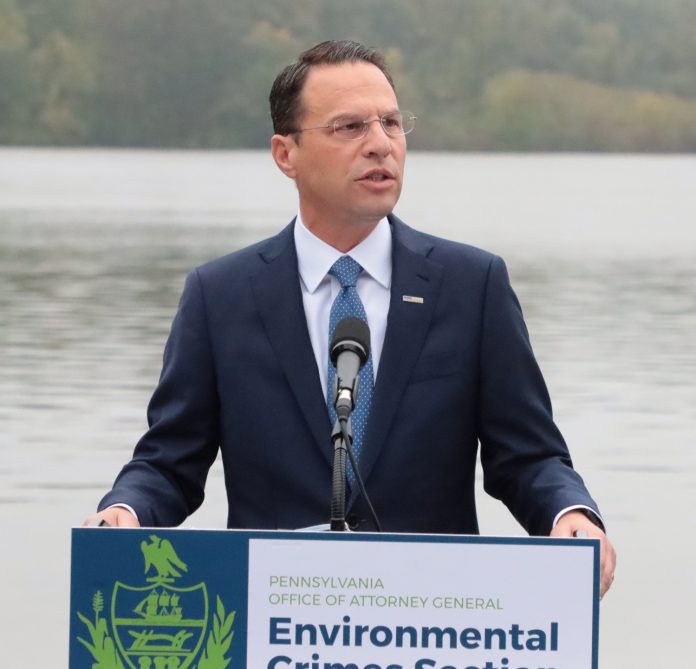 Attorney General Josh Shapiro, in conjunction with the 45th Statewide Investigating Grand Jury, announced that the Office of Attorney General’s Environmental Crimes Section has charged Energy Transfer, L.P. (Energy Transfer), the corporate successor to Sunoco Pipeline L.P., with 46 counts of environmental crimes for their conduct during the construction of the Mariner East 2 Pipeline.

Two additional counts were added, after the Grand Jury had concluded, bringing the total to 48 counts based on a criminal referral from Pennsylvania’s Department of Environmental Protection.

“There is a duty to protect our air and water, and when companies harm these vital resources through negligence — it is a crime,” said AG Shapiro.“By charging them, we can both seek to hold them criminally accountable and send a clear message to others about how seriously we take protecting the environment and public health.”

The Mariner East 2 Pipeline project crosses 17 counties in the southern tier of Pennsylvania. The Grand Jury learned that at many of the locations, Energy Transfer received permits that allowed horizontal directional drilling as the construction method. While constructing the pipeline, Energy Transfer repeatedly allowed thousands of gallons of drilling fluid to escape underground, which sometimes surfaced in fields, backyards, streams, lakes and wetlands.

Energy Transfer failed to report the losses of fluid to the Pennsylvania Department of Environmental Protection (DEP) numerous times, in spite of the legal requirement to do so. The Grand Jury found that there were multiple drill locations where the drilling fluid contained unapproved additives that entered the waters of the Commonwealth — impacting the drinking water of Pennsylvanians who rely on water wells.

“Under our state laws, if convicted, this company will be sentenced to fines and restitution. There is no jail time for these environmental crimes, and fines are not enough. That’s why we are, once again, calling for stronger laws to hold these companies accountable and protect Pennsylvanians’ health, and demanding DEP toughen up the independent oversight we need them to provide for the industries they regulate.”

In August 2020, early estimates said that 8,100 gallons of fluid spilled into Marsh Creek Lake in Chester County from an unintentional release. Later estimates have put that number much higher: between 21,000 to 28,000 gallons of contaminated fluid. In total, more than 80,000 gallons of this fluid were released in and around the lake during the construction of this one segment of the pipeline between 2017 and 2020.

Grand Jurors heard from homeowners who complained of dangerous impacts to their drinking water, and residents who reported incidents of grey and coffee-colored water after construction began near their homes.

Rosemary Fuller of Delaware County testified that she entered into an agreement with Energy Transfer to allow drilling on her land. The company promised that their work would be so minimal that it would go unnoticed. However, after construction on her property began, Fuller noticed sediment in her water that destroyed several appliances in her home. She reported it to Energy Transfer, and representatives told her the sediment that was in her water would not impact the safety of the water supply.

Several weeks later, testing revealed that she had high concentrations of e. coli and fecal coliform in her water. Her daughter who lived in her home and had used their water had to be hospitalized. As of early this year, Ms. Fuller water contamination has not been resolved and she and her family are still facing issues with their drinking water which they use to bathe and do laundry.