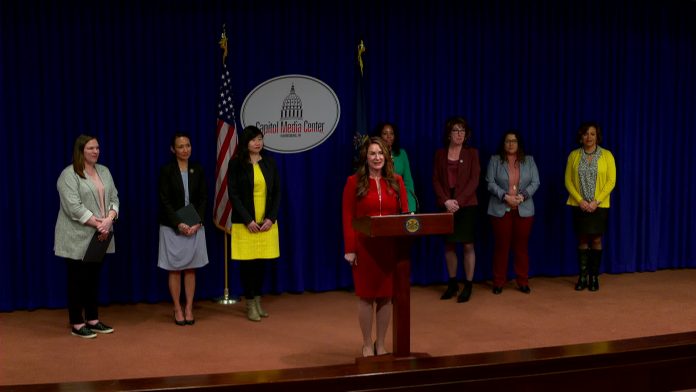 Equal Pay Day marks how far into the year women must work in order to be paid what men were paid in the previous calendar year. On average, women who work fulltime are paid just 83 cents per every dollar men are paid and nearly two-thirds of people making the minimum wage are women.

“Women add tremendous strength to our workforce from entry level positions to CEO roles, and it is absurd that we continue to hinder their earning potential,” said First Lady Francis Wolf. “The Wolf Administration has taken steps to close the gender pay gap for state employees, and it’s time for Pennsylvania as a whole to catch up. We are hurting our women and our economy by abiding by these antiquated processes, and something needs to change.”

Gov. Wolf is calling for an immediate increase to $12 an hour on July 1, 2022, with annual increases until the wage reaches $15 an hour. Further increases would be tied to inflation to ensure that working Pennsylvanians never go without a cost of living increase for 13 years again.

A $15 minimum wage would impact an estimated 1.5 million workers, or 25 percent of all Pennsylvania workers, either directly or indirectly. Of the nearly 1 million workers who would directly benefit from an increase to $15, 62.2% are women. This means a raise for 618,400 women, or 20.9% of all women working in the commonwealth.

Increasing the minimum wage to $15 an hour in Pennsylvania would also directly benefit:

According to the Pennsylvania Coalition Against Domestic Violence, the lack of pay equity costs women more than $915 billion every year. If the gender wage gap were closed, a working woman would gain, on average across her lifetime, enough additional pay to cover: