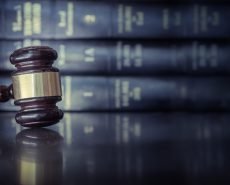 Attorney General Josh Shapiro said consumers who purchased misleading investment publications from the Baltimore-based Money Map Press LLC have the option to get their money back following a $150,000 settlement with the company.

Shapiro said Money Map sold investment publications that exaggerated the profit potential and benefits to consumers in various government programs. One publication, “Big Tobacco MUST Pay. The Complete Handbook for Collecting Thousands of Dollars a Month, Tax-Free, from Master Settlement Payments,” misrepresented the investment opportunities available to consumers through the 1998 Tobacco Settlement with the states.

“This company ripped-off consumers with false claims of profit windfalls and now it must pay,” said Attorney General Shapiro. “With this settlement, people who purchased bogus investment publications will be able chart their way back to the money they lost. My Bureau of Consumer Protection will make sure this happens, starting today.”

The settlement, which marks the conclusion of a joint investigation conducted with Oregon Attorney General Ellen Rosenblum, alleges Money Map Press engaged in a broad range of misconduct, including misrepresenting offers as free when they were not, using false testimonials and failing to disclose the material terms and conditions relating to its subscription billing practices.

When the Office of Attorney General intervened, Money Map Press stopped selling certain publications and agreed to make comprehensive changes to its business practices to comply with Pennsylvania’s Consumer Protection Law. It also agreed to pay $75,000 as refunds for affected consumers, $50,000 in civil penalties and $25,000 in costs. To be eligible for restitution, consumers have 60 days to file a complaint with the Attorney General.