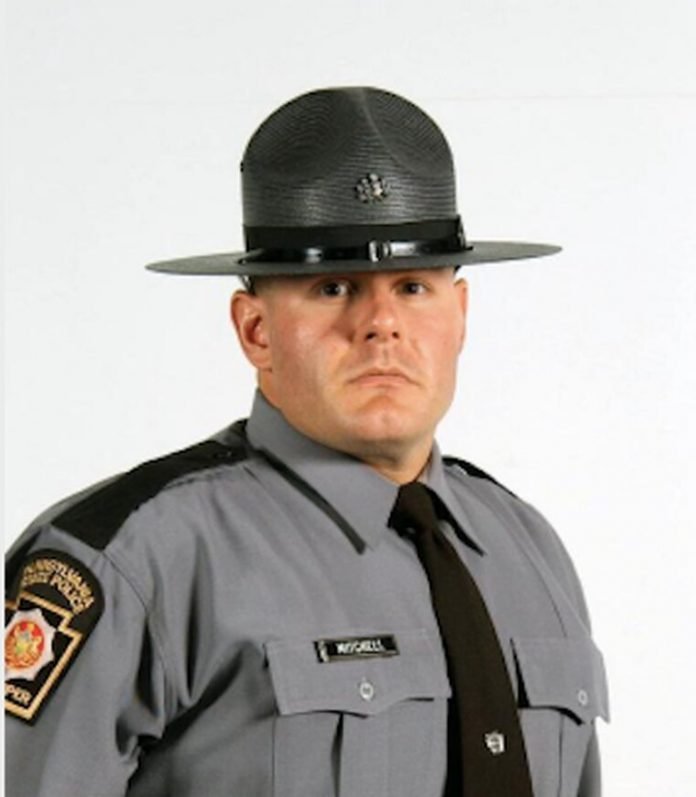 45 year old Trooper Monty Mitchell was assigned to the Patrol Section of Troop C, DuBois. He suffered a medical emergency in the station parking lot during his shift at approximately 9:00 PM on February 8, 2021. Station personnel attempted life-saving measures and called 911 but attempts to revive Trooper Mitchell were unsuccessful. He was pronounced deceased at Penn Highlands DuBois Hospital at 10:00 PM.

“Our department today feels the heartache of the sudden loss of a colleague and friend,” said Colonel Evanchick. “We ask Pennsylvanians to keep Trooper Mitchell and his loved ones in their thoughts during this difficult time.”

Trooper Mitchell enlisted in the Pennsylvania State Police in November 2007. In addition to Troop C, DuBois, he had also been assigned to Troop G, Huntingdon and Troop C, Ridgway during his career with the department.