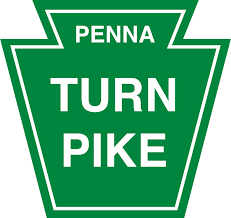 The Pennsylvania Turnpike Commission today approved a 5% toll increase for 2023 for all E-ZPass and Toll By Plate customers. The new rates will take effect across the toll-highway system on Jan. 8, 2023, at 12:01 a.m.

“The PTC has been forced to increase tolls annually through the foreseeable future to meets its financial obligations under Act 44 of 2007, said PTC CEO Mark Compton. “It’s worth noting that, even with these ongoing annual increases, our per-mile toll rate continues to be below the midline compared with rates of other U.S. tolling agencies.”

Act 44 of 2007 required the PA Turnpike to transfer between $900 and (more recently) $450 million annually to the Commonwealth to support transportation projects statewide.

In the 15 years since Act 44 of 2007, the PA Turnpike has transferred nearly $8 billion in funding to the Pennsylvania Department of Transportation — the vast majority of which was in the form of borrowing (issuance of bond debt) that must be repaid by the PTC over a 30-year period.

Up until this year, the PTC’s annual requirement to the Commonwealth had been $450 million. But as of July 1, that dropped to $50 million per year in cash proceeds — no further bond issues — because of PA Act 89 of 2013. Due to the terms of the Act-44 bonds, the PTC’s debt service will continue to rise even though borrowing has ended, growing to an annual maximum of $600 million by 2038 before it starts to decrease.

“As an organization, I am proud of the fact that we work hard to manage the debt placed upon us by making prudent borrowing decisions and restricting operating-budget growth,” Compton said. “While we are now essentially free from this onerous Act-44 commitment, we must continue to honor the debt-service obligations for 30 years. But a measure of relief is under way, and motorists can expect the level of increases to ease in a few years.”

The PTC began making Act 44 payments to PennDOT in August 2007 and has increased tolls annually since 2009, providing $8 billion in toll-backed funding to PennDOT in 15 years.